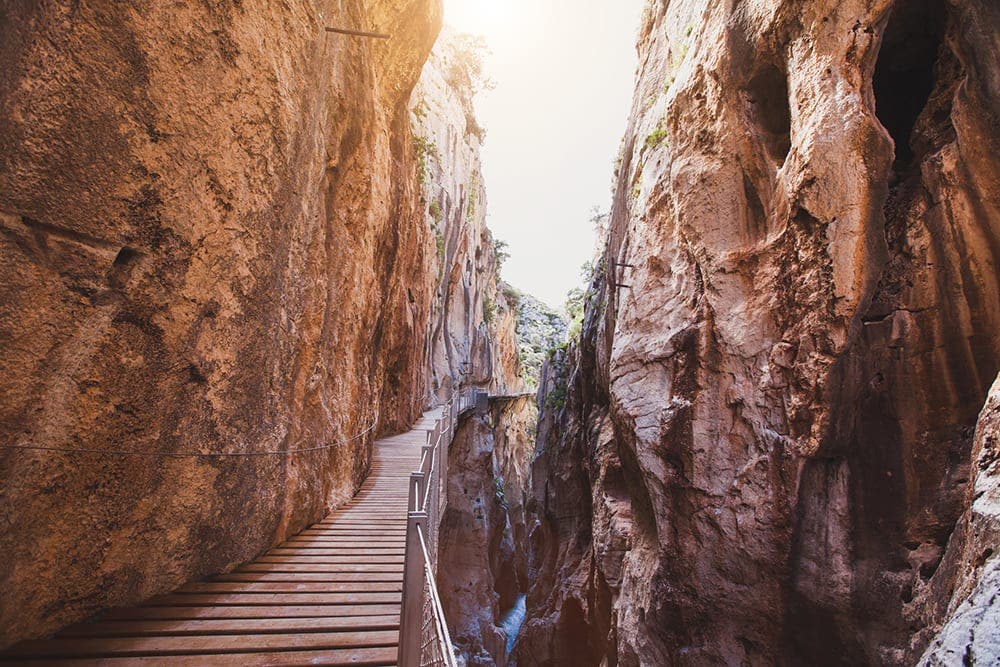 Heavy rains which led to damaging landslides affecting a 20-metre section of Malaga’s famous gorge walkway on Monday night, forced the closure of the popular hiking path at the start of the week.

It was initially believed that the damage would be fixed within a couple of days in order to reopen this Friday, December 16. However, the severe weather lashing most of the province continues to play havoc in the area and is delaying the repair works.

According to Diputacion de Malaga in a statement, the landslides occurred at 11.18 p.m. last Monday, December 12.

The main damage occurred in one of the narrowest points of the route, on a slope facing the route through which the Caminito runs, and despite the Caminito having protection meshes on all the slopes where landslides can occur, a 20-metre section of the walkway was destroyed.

Technicians from the Caminito del Rey UTE—the company in charge of managing the route—are working on strengthening the area where the landslides have occurred and replacing the broken boards.

Climbing specialists have also been called in to inspect the anchors and support lines of the walkways.

Meanwhile, some twenty UTE workers are busy with customer service, attending to doubts and queries, both by telephone and in person, at the Visitor Reception Centre, from people who had planned to visit the Caminito this week, with the option of choosing new visiting dates or a full refund being given.