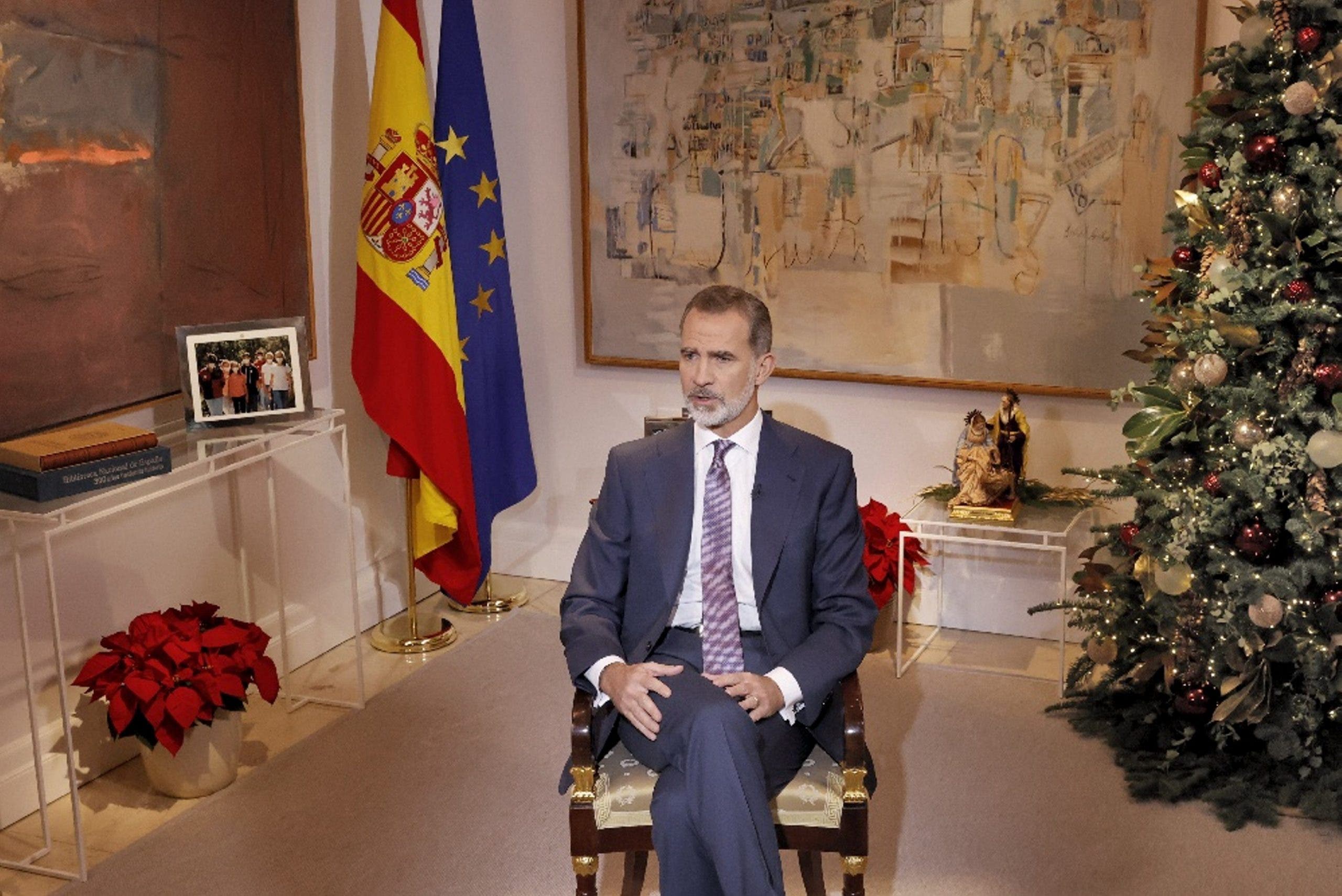 SPAIN’S King Felipe VI used his traditional Christmas Eve message to further distance himself from the reign of his father after the year ended with speculation that the disgraced Juan Carlos was poised to return to Spain and a role in public life.

The 53-year-old monarch, who came to the throne seven years ago after his father abdicated, also highlighted the ongoing battle against the coronavirus pandemic and to highlight the continuing struggle for  thousands of people affected by the eruption of the La Palma volcano.

In his national address, filmed in front of a Christmas tree is his office at Zarzuela palace, the monarch reaffirmed his pledge to “be an example of public and moral integrity”.

The comment was widely taken as a reference to the continuing shadow cast by his father, Juan Carlos who has been in embroiled  in a series of scandals and who remains in self-imposed exile in the Abu Dhabi.

“We must be in the place that constitutionally corresponds to us; and assume, each one of us, the obligations that we have been entrusted with; respect and comply with the laws and be an example of public and moral integrity,” said the King in his 14-minute address.

He called for “understanding” and “collaboration” between Spain’s political leaders because they “dignify” and “strengthen” the institutions, and also generate “the trust of the public”.

Differences of opinion “should not prevent a consensus that guarantees greater stability, greater well-being in homes and give families the necessary peace of mind about their future,” he said referencing a difficult year as Spain, like the ret of the world, struggles in the pandemic.

However, he conveyed a message hope and of encouragement and Spain’s consolidates the recovery phase after the worst of the pandemic, and he praised Spain’s achievement with its vaccination programme.

“We have made substantial progress” he said although he warned against complacency because “the risk has not disappeared.”

“We must continue to be careful, protect ourselves and act with the greatest individual and collective responsibility,” he warned.

He praised the efforts made by health workers during the pandemic and remembered those who had fallen victim to the virus.

Spain’s head of state also made mention of the dire social and economic consequences experienced in the wake of the pandemic and expressed concern at the rise in numbers of those “in a situation of vulnerability”, due to electricity hikes and precarious employment, ” especially for young people”.

He ended his speech with a special message for the islanders of La Palma, many of whom have seen their homes and livelihoods destroyed  by an eruption that lasted three months. “Our hearts and our thoughts continue to be with you. We feel very close,” he said.