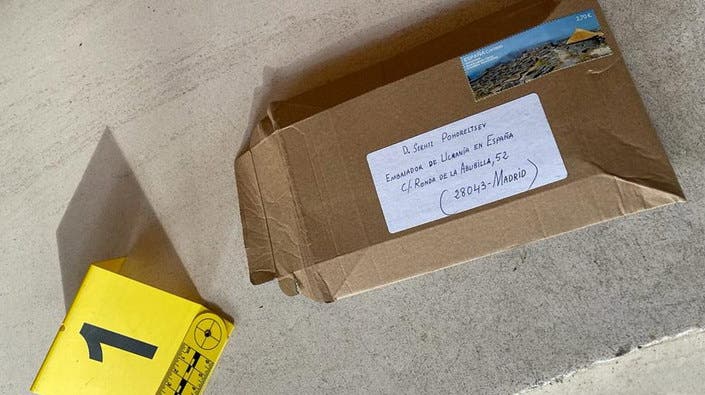 SIX letter bombs sent to targets in Spain late last year were posted by a Russian white supremacist militant group, according to US and European officials.

Bombs were addressed to Prime Minister, Pedro Sanchez, as well as to the US and Ukraine embassies, and the Defence Ministry.

They were also sent to Instalaza, a weapons maker in Zaragoza that manufactures grenade launchers that Spain is giving to Ukraine, and another went to the Torrejon de Ardoz air base in the Madrid region.

There was only a single minor injury when a Ukraine Embassy employee opened up one of the letters.

It’s a radical group that has members and associates across Europe and military-style training centres in Russia.

Group members have visited Spain and police have been looking into ties with far-right Spanish organisations.

The aim was to show that Russia could carry out terrorist strikes across Europe, including in the capitals of member states of NATO like Madrid.

Spain has provided military and humanitarian aid to Ukraine, as well as diplomatic backing.