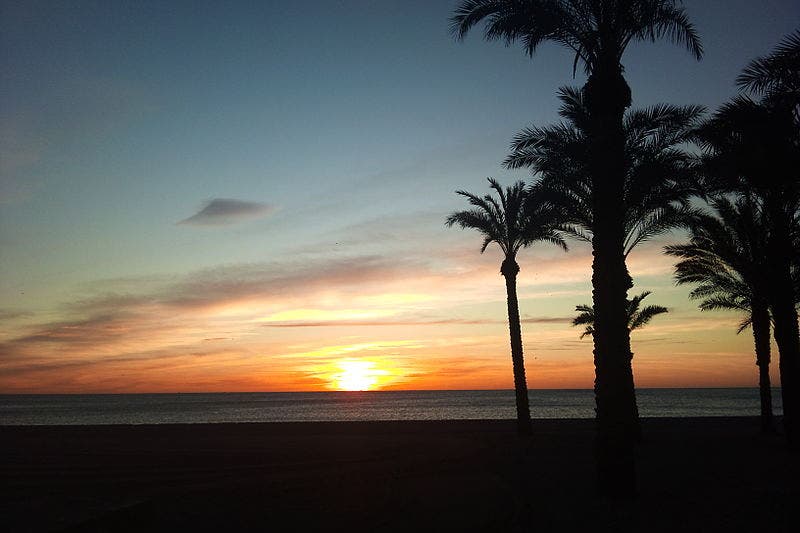 SUMMER kicks off today at 11:14am with a dramatic drop in temperatures across the country.

After the earliest and most intense heatwave since there are records, which has affected almost the entire peninsula for more than a week, temperatures are set to plummet across Spain.

The inauguration of the summer season, which lasts 93 days and 16 hours—until September 23—will commence with rain and storms.

According to Ruben del Campo, spokesperson for Spain’s national Met Office, AEMET, the first week of summer will not be ‘excessively hot’ and temperatures will be between 5 and 10ºC below normal.

During the first days of summer, the presence of low pressure, along with cooler air from the Atlantic, will favour lower than usual temperatures, specifically in the western half of the country.

Stormy showers, accompanied by hail and strong gusts of wind, are expected in the areas of Galicia and Cantabria as well as other areas of the northwest peninsular, especially in the Pyrenean mountain range and the Iberian system.

The heat, however, may still persist throughout today, Tuesday June 21, in the eastern Cantabrian region, the northeast of Spain, the Spanish Mediterranean and the Balearic Islands.

By provincial capitals, the coolest temperatures today will be felt in Lugo and Pontevedra, where the thermometers will barely exceed 17-18ºC, followed by A Coruña and Oviedo, with a maximum of 19ºC, Santander and Leon with 21ºC, Avila with 22ºC, Zamora and Donosti with 23ºC and Bilbao, Caceres, Cadiz, Palencia will reach maximum temperatures of between 24 and 25ºC.