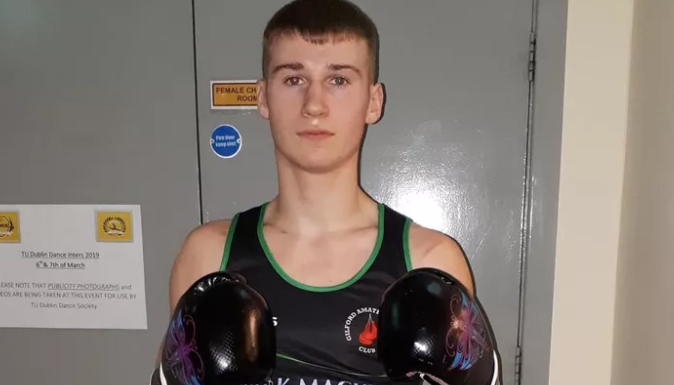 AN 18-year-old tourist who collapsed on holiday in Spain has been put into an induced coma and had two brain surgeries in 48 hours.

Jamie Doyle was enjoying a break in Lanzarote with his parents when he started feeling unwell.

The teen from Banbridge in Co Down, Ireland, woke up with a severe headache and had to be rushed to the hospital after he collapsed later that day.

The medical team in Lanzarote airlifted Jamie to a hospital in Gran Canaria due to the severity of his condition and he had two brain surgeries in just 48 hours.

The first surgery was to remove a clot in Jamie’s brain, while the second was an emergency surgery to remove part of his skull to help reduce swelling.

Jamie, who works as a barber and is a talented boxer, will be in an induced coma for four to six weeks to try and reduce the swelling on his brain. He will then have to have more surgery to reattach the piece of his skull that was removed.

Jamie’s parents, Mary and Stephen, have been left devastated by the situation which has come following an awful tragedy just days ago, Jamie’s cousin Sara McNally told Belfast Live.

Sara, 30, said: “They have another four sons at home who will be without their parents at Christmas. They will be also be missing their newborn grandchild’s funeral tomorrow who died earlier on in the week due to cot death.

“Mary and Stephen had already been making arrangements to get home to support their other son Dominic when this happened to Jamie.”

Sara has set up a GoFundMe page to help the parents while they stay by Jamie’s side at the hospital in Spain.

She said: “They are unaware of the costs at the minute but will need support with his medical fees and accommodation however long they are there. This will obviously take a huge pressure off Mary and Stephen.”

“Jamie is one of the nicest boys you will meet.”