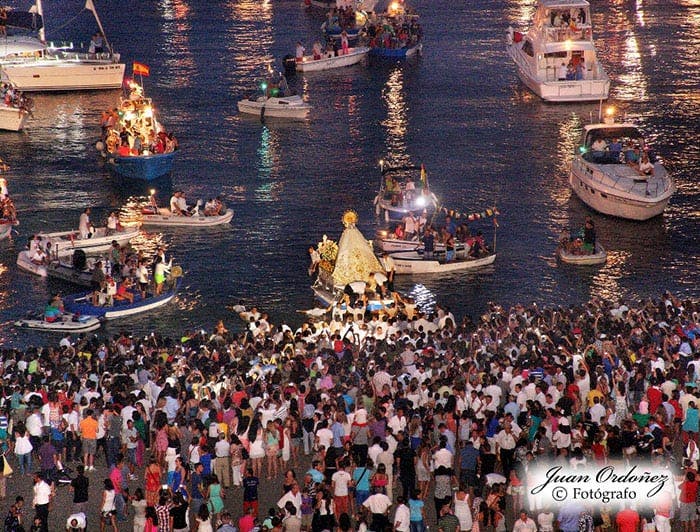 THE Virgen del Carmen festivities will be taking place all along the coast this Saturday, July 16, with processions and live entertainment.

The fiesta of the Virgen del Carmen, patron saint of sailors, remembers those lost at sea and is a great tradition in Malaga city and many municipalities along the Costa del Sol.

The processions typically start from the local church and the image of the virgin is carried by the locals, many dressed in ‘marengos’ costumes—traditionally worn by fishermen and people related to the sea.

First the statue is carried through the streets of the towns and hundreds of people take part in the parade, walking in front of and behind the virgin, often barefoot and carrying long wooden oars.

But the true spectacle, and most emotive part of the parade, takes place on the beach at dusk, where the virgin is carried into the sea among cheers, hundreds of flowers, floating candles, fireworks and plenty of decorated fishermen boats in honour to all those who have lost their lives at sea.