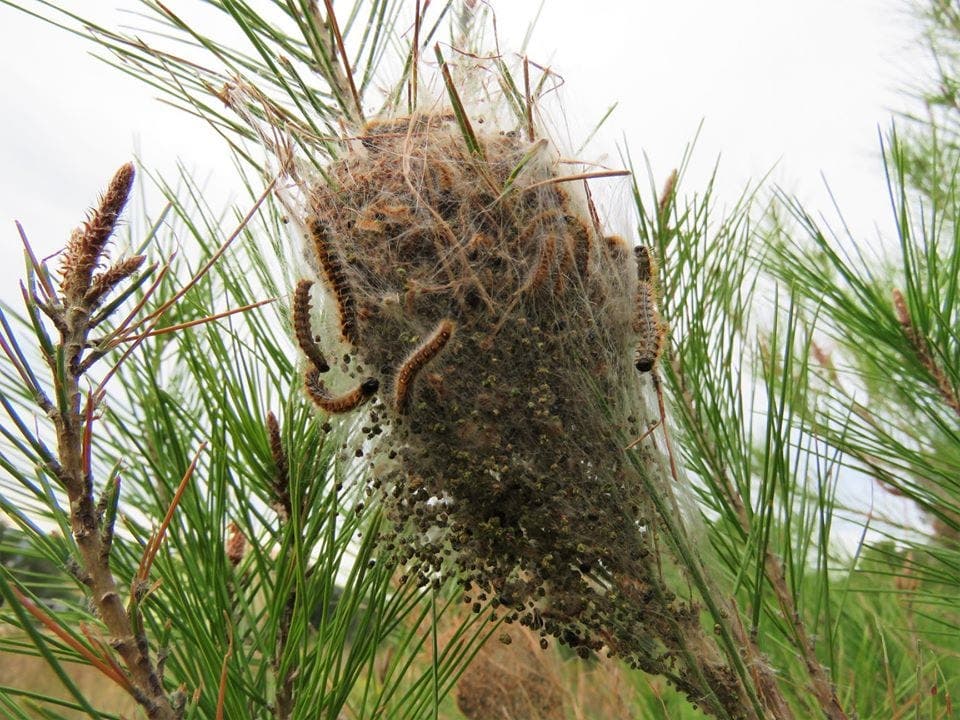 THE mild winter has brought early appearances of processionary caterpillars which can kill dogs and make young children ill.

Sightings have been reported in woodland areas of Alicante Province and Murcia as well as the north-west Castilla y Leon region.

Processionary Caterpillars form long lines crawling one behind the other and appear among pine trees the length and breadth of mainland Spain and the Balearic Islands.

Their eggs are laid inside floss nets on pine trees and issues normally start in late January until the end of March when they hatch and drop to the ground in search of food.

If they feel attacked, they will shoot their tiny hairs like harpoons.

This can cause allergic reactions, foaming at the mouth and vomiting if young children come into contact with them.

The biggest risk is to dogs who may sniff or step on one, causing irritation to the paw which is then licked and the toxins transferred to the mouth.

They could suffer breathing difficulties, vomiting or start foaming at the mouth and should be taken urgently to the nearest veterinary clinic for an immediate cortisone and antibiotic injection.

Rapid intervention and sometimes amputation of the tongue or nose is the only course of action.

The toxins can cause suffocation and often result in death.

As an instant response, dog owners should remove any infected hairs as soon as possible and gently wash the infected area before going to the vet.