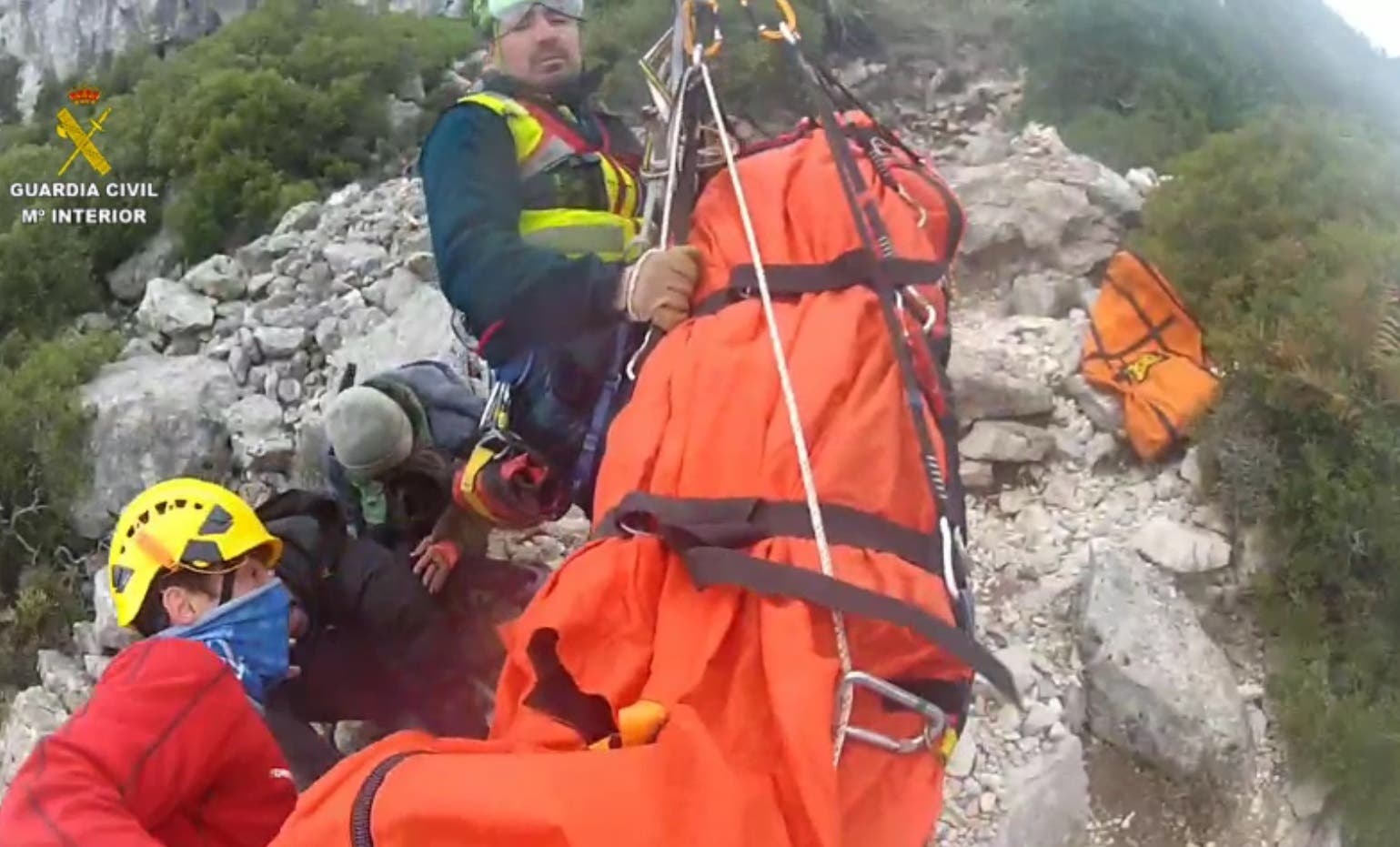 SPAIN’S Guardia Civil have released a video of the dramatic rescue of a man who suffered a stroke while hiking Mallorca’s famous Puig de Galatzo.

The 73-year-old man was hiking with three friends when he became ill on the route to the peak in the Sierra de Tramuntana.

A Guardia Civil helicopter flew close to the peak of 1,027 metres, lowered a stretcher and airlifted the man, who was unconscious, to Son Espases Hospital.

A statement from the force issued on Saturday described the rescue as a “very risky” manoeuvre with poor visibility because of low-lying clouds that ‘made it difficult for the pilot.