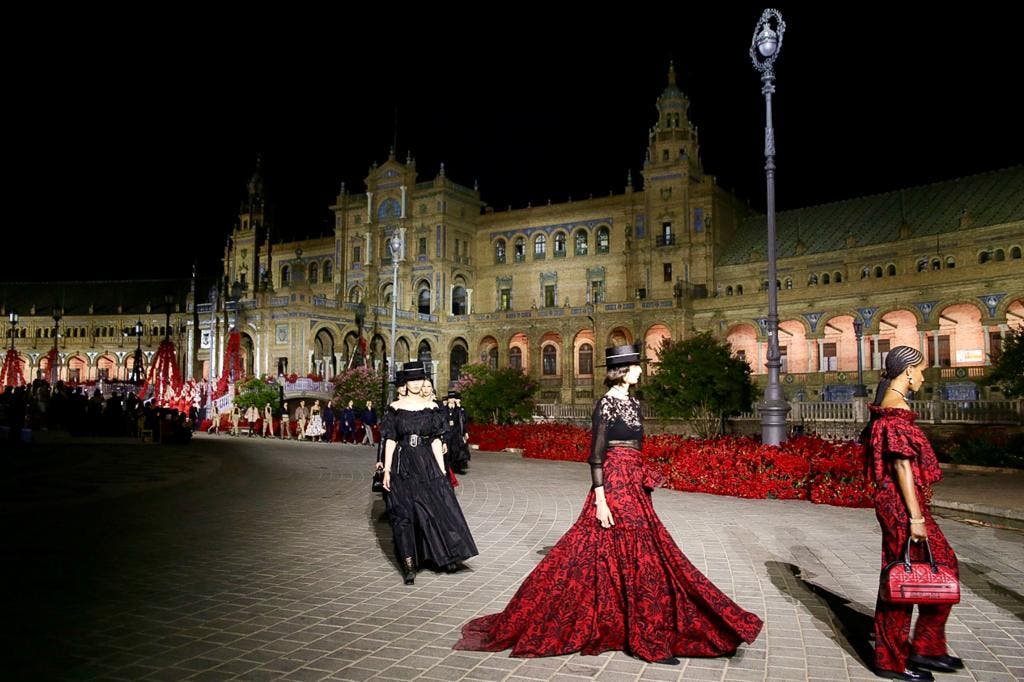 THE Plaza de España in Sevilla became the dramatic setting for a spectacular catwalk show by Dior inspired by flamenco.

The live show took place on Thursday June 16 as the city was in the grip of an early heatwave and temperatures soared above 40ºC.

The event showcased the ‘Cruise 2023’ collection by Christian Dior luxury fashion house and it clearly drew on the historical and cultural traditions of Andalucia.

The work of local craftsmen and artisans were apparent in the rich embroidery and lace work adorning some of the most spectacular outfits.

The fashion show began with a procession from the city’s cathedral and incorporated a candle-lit flamenco performance in the colonnaded Plaza de España itself.

City authorities said it had brought a huge economic boost to the city, raising its profile in the world of fashionistas and as a luxury destination.