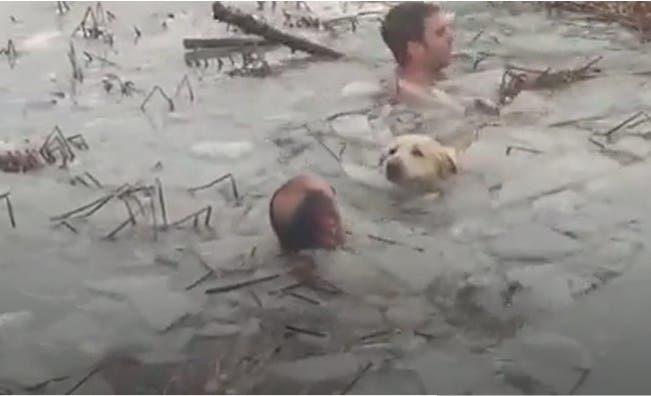 TWO officers from the Guardia Civil braved freezing temperatures to rescue a golden retriever after it fell through ice at a frozen lake in Huesca in northern Spain.

The brave officers stripped off to their underpants and waded into the icy waters to save the pet after its owner called for help when the dog became trapped in the ice and unable to return to shore.

One used a large stick to break up the ice to reach the dog and create a channel back to shore.

The lake is located just outside Jaca in the foothills of the Pyrenees in Spain’s northeastern region of Aragon which has been hit by freezing temperatures as a cold front sweeps across the northern half of the peninsula.