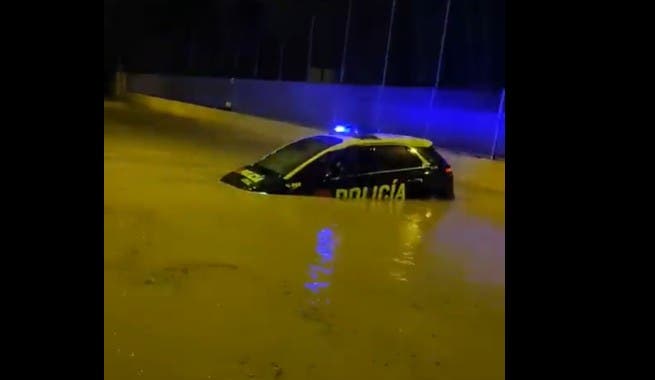 A patrol car with Polica Local officers inside was among dozens of vehicles washed away when torrential rain caused flash floods in the Murcia region on Saturday night.

Around 100 litres of water per square metre were recorded during storms which hit the city of Cartagena and surrounding areas between 10pm on Saturday and 4am Sunday.

Emergency services in Cartagena confirmed that 23 people were rescued from vehicles as water levels rapidly rose and trapped cars.

Among those who managed to escape the rising waters were two police officers who had gone to the aid of others trapped within their cars.

A video was posted on Twitter showing the police car floating away as an onlooker shouted: “Get out of the car!!”

Spain’s meteorological agency AEMET had issued yellow alert for torrential rains as storms were predicted to hit the region of Murcia on Saturday.

Homes and garages were also flooded during the downpour.