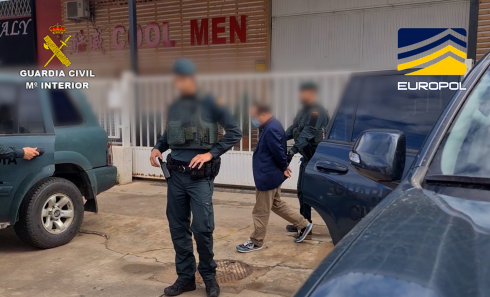 EUROPOL agents have arrested 44 and seized over €4 million in cash after the stakeout of a powerful weed and hash Costa del Sol smuggling ring based in Germany.

After a lengthy investigation, elite police units raided 50 addresses in Hamburg, Germany and across Spain to make arrests and find millions of euros in cash.

The investigation of the criminal gang begun at the end of 2021 when the Guardia Civil discovered that a man was trying to bring to life an old German smuggling ring shut down three years earlier.

Police had arrested the leaders of the old gang in Hamburg.

Criminals seriously injured two policemen in Granada when the fleeing gang members rammed the cops with a car during the 2018 Operation Carambolas. The drug op dismantled the Spanish wing of the previous group.

The man police were investigating, of Moroccan origin, received orders from Germany to re-establish the criminal network on the Costa del Sol.

He soon set up a complex chain of command capable of moving the illegal drugs.

The gang transported the cannabis from Malaga and Granada to Germany on international freight lines or camper vans that pretended to be on holiday in Spain.

They sent money by mail and distributed the narcotics straight to distributors in Hamburg.