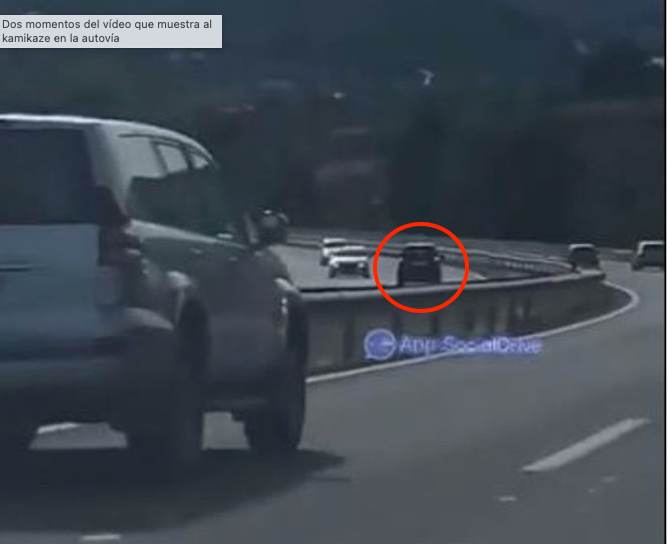 GUARDIA Civil are tracking down the kamikaze driver of a car that drove more than 35km in the WRONG direction on Alicante’s AP-7 motorway.

Shocked road users filmed the black Smart car driving in the fast lane of the northbound AP-7 close to the Benissa exit around 2pm on Monday, January 10.

Despite repeated calls to 112 and blaring car horns of other motorway users, the car continued its reckless course before eventually evading Guardia Civil Trafico.

One driver crashed near the Altea exit in the Marina Baixa region of Alicante province. The driver was unhurt.

The first emergency call reportedly spotted the car at km604 on the AP-7 motorway which runs down Spain’s Mediterranean coast from northern Catalunya down through the Valencian Community to Murcia and Andalucia.

Guardia Civil in Alicante are reportedly tracking down the car and the driver for multiple crimes of reckless driving.

Do you have information about this incident? Contact the Guardia Civil de Trafico in Alicante on +34 965 24 27 02.