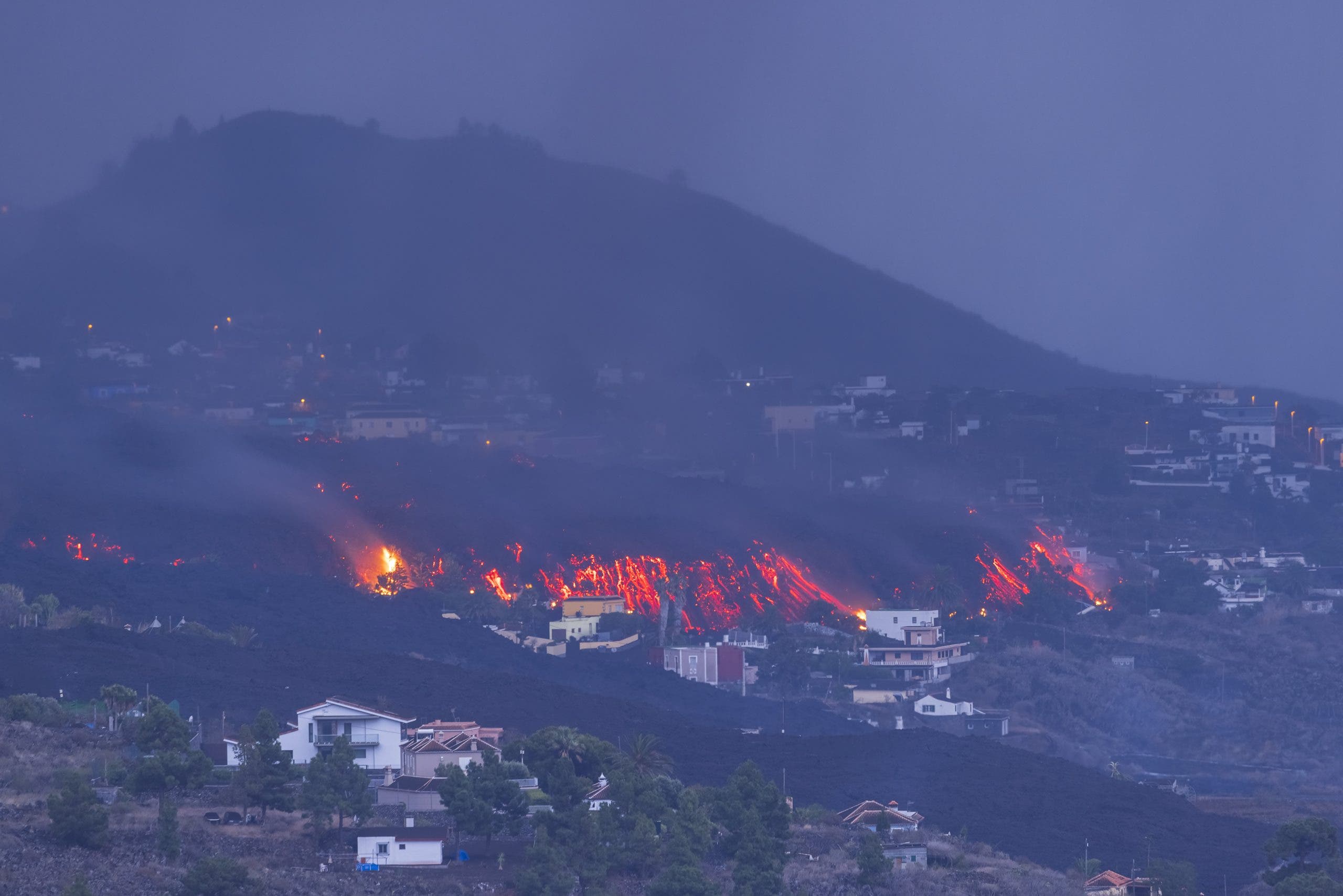 THE volcano on the Canary Island of La Palma continues to erupt with more force than ever, spewing a great wave of lava on Thursday that destroyed everything in its path.

Experts at the Volcanology Institute on the Canary Islands described the overflow of lava spewing out of the Cumbre Vieja after the volcanic cone collapsed as a “tsunami”.

“It’s a common event due to the fluctuations in the flow of the lava in the main cone. Nothing to worry about for now,” insisted sources from Involcan.

Within two days 1,200 residents were forced to flee their homes, bringing the total number of those evacuated across the island to more than 7,000.

Authorities said 675 hectares of the island had already been destroyed beneath the lava while a platform measuring around 34 hectares had been formed by lava flow reaching the sea.

At least 1,634 buildings have so far been destroyed since the eruption began on September 19 with no sign that it is about to cease.

Meanwhile teams were working on scooping piles of volcanic ash from rooftops to avoid the weight causing collapse.

On Friday a 4.5-magnitude earthquake shook La Palma, in what was the strongest tremor recorded since eruptions began 26 days earlier.

“This is definitely the most serious eruption in Europe of the past 100 years,” Canary Islands regional president Ángel Víctor Torres confirmed on Thursday.

“The only good news is that…so far, nobody has been hurt,” he said.