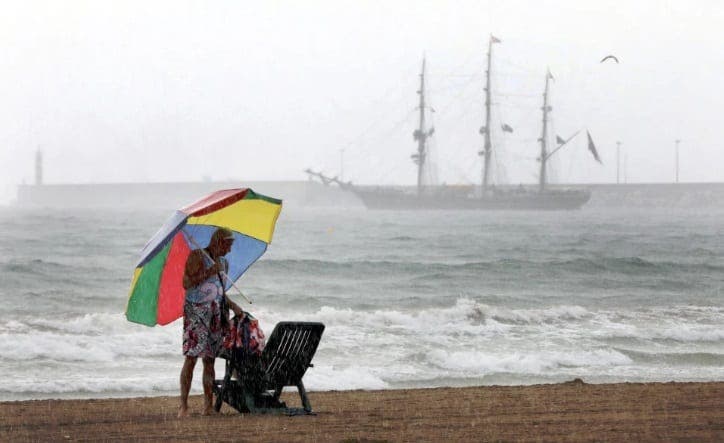 SUMMER has officially begun and this year sees a cooler than average start to the typically scorchio season.

After days of suffocating heat, the first days of summer promise to be milder than average throughout the region. Of course, this is southern Spain and the ‘mild’ temperatures won’t last.

In fact, according to Spain’s national Met Office, AEMET, temperatures will start to rise again towards the end of this week, with slight variations depending on the province.

The temperatures in the most easterly point of the region will remain mild until the weekend. Today. Wednesday June 22, will see highs of 26ºC, rising to 28ºC on Thursday before dropping back to 27ºC on Friday.

The temperatures in Cadiz will remain mild, with highs of 23ºC and lows of 19ºC until the weekend. From Saturday onwards, the maximum temperatures will start to rise, although in principle by one degree per day.

The typically sizzling summer highs will drop to 27ºC today, Wednesday. The respite will be short-lived however, with temperatures gradually rising again to reaching 35ºC on Monday next week.

The situation over the next few days will be characterised by a very wide temperature range in the city of Granada, which will see highs of 30ºC and lows of 11ºC, marking a difference of some 19ºC between the two extremes.

Highs will be back to 36ºC as of next Monday.

Huelva will wake to a cloudy Wednesday which will result in scattered showers between 6 am and 12 noon. Temperatures will gradually rise in the next few days, with 32ºC forecast for next Monday.

Today, Wednesday, will see a fall in the mercury level before rising degree by degree until reaching 34º next Monday.

The capital of the Costa del Sol will remain a mild 27ºC for most of the week, with temperatures rising slightly at the weekend to highs of 31ºC and lows of 21ºC.

This week will see very moderate temperatures in the ‘sarten’ (frying pan) of Spain, however it won’t last and by Friday the 30ºC barrier will be broken once again, rising gradually over the weekend with highs of 33ºC expected by Monday.