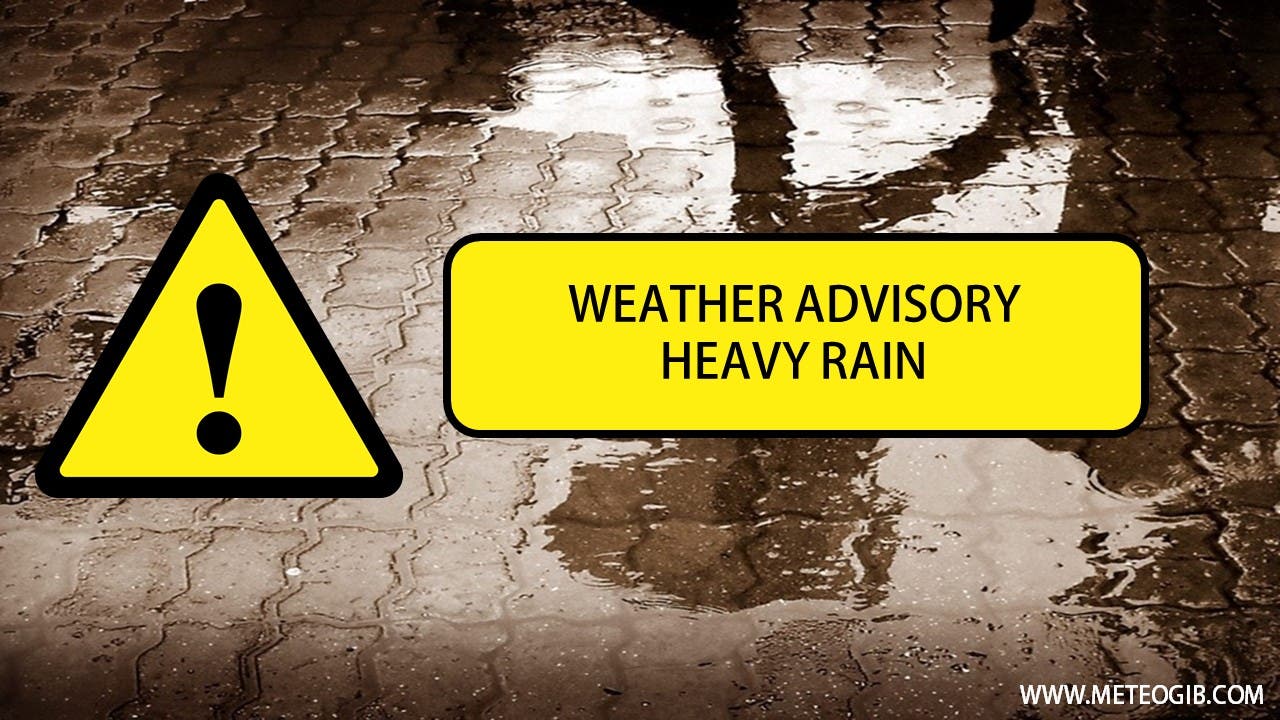 MORE ‘torrential and thundery downpours’ pushed by gale force southerly wind will continue to smash into Gibraltar until at least 4pm on Thursday, the government warned on Wednesday.

The storms that have rocked the Rock since last week show no sign of letting up, with 20-25mm plus of rain expected in six hours.

Southwesterly wind gusts could reach speeds of 80 km/h too, or 43 knots, throughout the evening and night, according to the latest weather warning from MeteoGib.

As a result, the authorities advise that moving around Gibraltar’s tight streets could be complicated.

“Travel conditions will remain difficult at times, with plenty of standing water expected and a risk of local flooding on prone roads.”

Gibraltar police reported a landslide in the area of the old Caleta Hotel on Twitter.

Police put in a diversion from 8am to 4pm everyday at the British territory’s traditional fishing village as a result.

On top of all of the weather chaos, a truck got stuck at the southern end of Dudley Ward Tunnel.

Police later tweeted they had managed to remove it from the tunnel two hours after it got stuck.

Showers and heavy rain will make the area around the Rock very wet, with surrounding cities also affected by the severe weather.

Weather forecasters expect the extreme weather to let up by Friday.