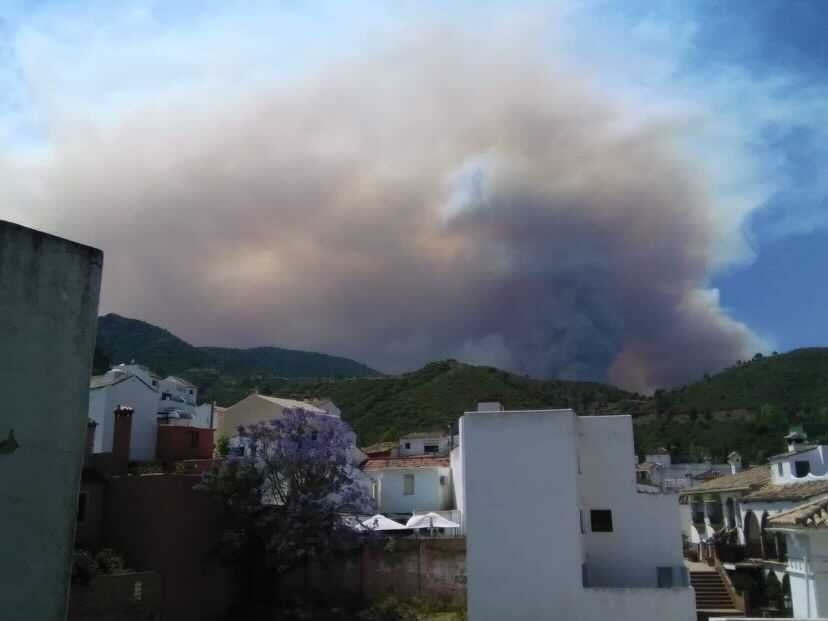 THE wildfire raging in the hills near Benahavis has been photographed from space.

The gigantic smoke plume from the blaze, which broke out in the Sierra Bermeja on Wednesday afternoon, was visible in towns across the Costa del Sol.

The image taken by Copernicus Sentinel 3 satellite shows the smoke stretching out to sea and towards north Africa.

Sentinel 3 was developed by the European Space Agency as part of the Copernicus Programme.

It is tasked with measuring topography, temperature, marine ecosystems, water quality, pollution, and other features for ocean forecasting and environmental monitoring.

Authorities said on Friday that the fire had been stabilised and the hundreds of Benahvis residents who had bee  evacuated were told they could return home.

The Copernicus project is an EU space initiative that was launched to help understand and mitigate the effects of climate change and ensure civil security.

May of this year was the hottest in Spain for almost a century.