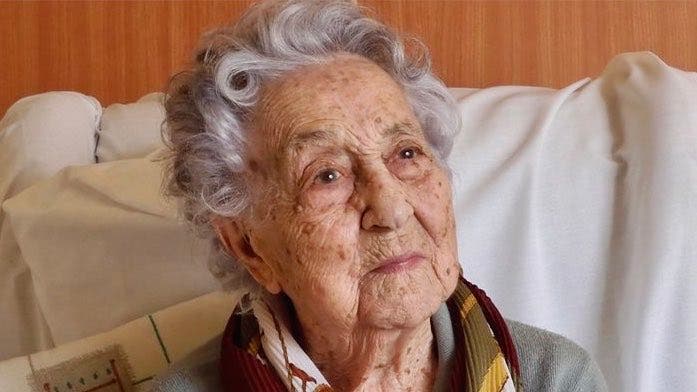 THE WORLD’S oldest person is now thought to be Spaniard Maria Branyas Morera, who is aged 115 and lives in Catalonia. She takes the accolade after the death this week of French nun Lucile Randon, who was 118.

Randon, who was nicknamed in France Sister Andre according to Forbes magazine, died in her sleep at the nursing home in Toulon, France where she had lived the last years of her long life, which began before the First World War.

The nun became the Guinness World Records’ oldest person in the world in April 2022 after a Japanese woman, Kane Tanako, died at 119.

Maria Branyas Morera was born on April 4, 1907 in San Francisco, according to local press reports. She returned to Spain in 1914 with the rest of her Catalan family, and has been living in the Tura d’Olot senior home for several years now.

The second oldest person in the world currently is Fusa Tatsumi from Japan, who is 115, and Edie Ceccarelli from the US, who is 114.