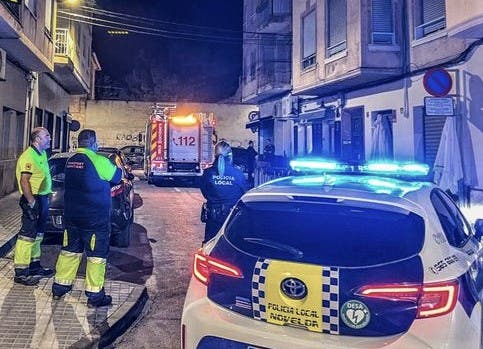 EMERGENCY services went to a Novelda street on Friday night after reports of a woman hanging from the ledge of a fourth-floor balcony.

The 30-year-old had left her keys behind after going out.

She resorted to climbing up the outside of the building to get into her Calle Lepanto rental flat.

Elda firefighters arrived to see her clinging onto the balcony ledge, some ten metres above ground level.

The fire crew smashed through her front door and lifted her up to safety.

She was unharmed and perhaps due to her embarrassment, she refused any medical treatment.

With a rise in similar incidents, Novelda’s Policia Local suggested ‘less risky and more effective options’ should be looked at if anybody forgets their keys.