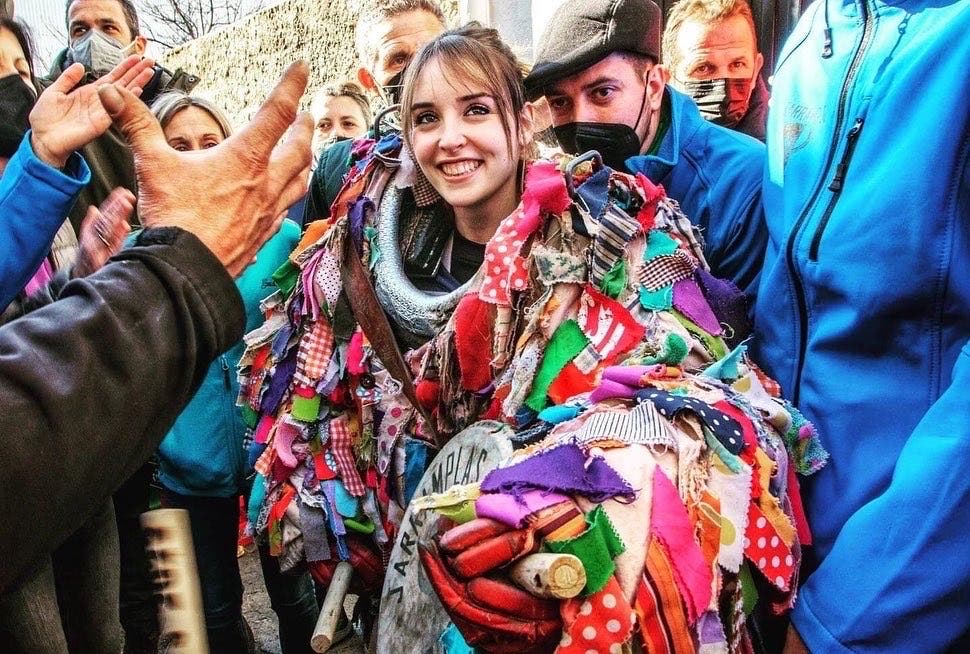 SPAIN has a whole host of bizarre fiestas, from jumping over babies during El Colacho in Burgos province to the gigantic flour and egg battle of El Enfarinats in Alicante.

The January festival of Jarramplas is no less weird as it involves one lucky resident running through the streets dressed in rags and a devilish mask while crowds pelt them with turnips – 23,000kg of them!

The centuries-old tradition takes place each year on January 19 and January 20 in the town of Piornal in Spain’s agricultural Extremadura region.

It is said to be a re-enactment of an incident far back in the annals of time when a thief came to the town to rob cattle but was thwarted by the townsfolk who saw him off using hard turnips as weapons.

These days the thief is represented by a devil-like figure in a costume that includes protective armour beneath the rags topped by a mask with long horns.

Portraying the Jarramplas, who runs through the street banging  a drum, is considered a great honour with a waiting list running until 2047.

This year for the first time saw a woman take the role.

María Hernando, 27, made history as the first female Jarramplas in the history of Piornal when she donned the 50kgs suit.

Her father had taken the role decades before and offered her some advice:

“My father told me: Keep going straight ahead, look under the mask and stride down the middle of the street with a firm step,” she told her local newspaper.”

“I really enjoyed it and I saw how people enjoyed having me in the role,” she said after the ordeal. “The suit didn’t weigh me down; my friends were there to encourage me and my father’s advice helped.

“In the end, it doesn’t matter what you look like or whether you’re a man or a woman.”