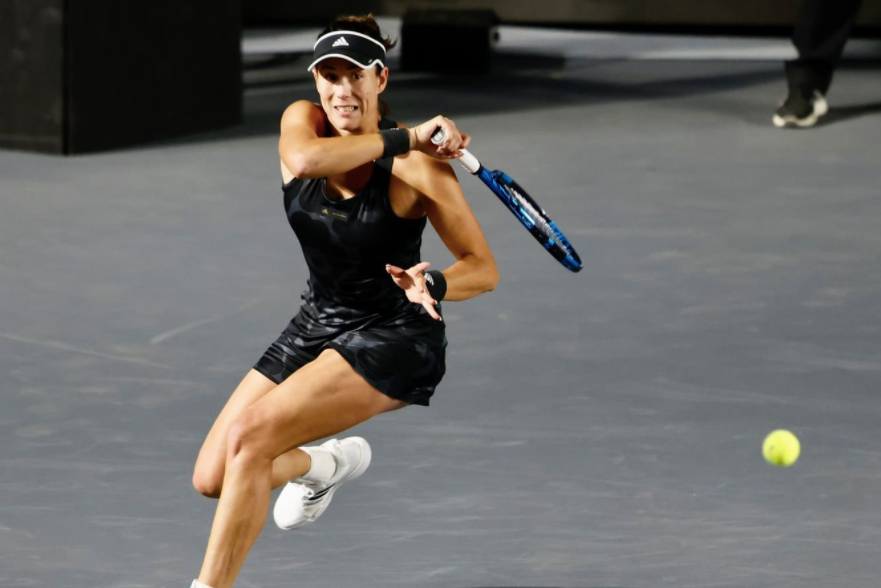 AGARBINE MUGURUZA has made history as the first-ever Spanish woman to win the WTA Finals.

The Caracas- born starbecame the first Spaniard to win the season-ending finals after winning 6-3 7-5 against Estonian eighth seed Kontaveit for the second time this week.

The 28-year-old will rise to third in the world rankings on Monday following her win in Mexico.

“It’s a tournament that I’ve struggled at the beginning, then I managed to play well.

“I think I’m staying composed a little bit now because it means really a lot to me to win such a big, big, big tournament in Latin America, here in Mexico. I think it’s just perfect.”

Sixth seed Muguruza won the all-Spain semi-final to secure her place in the final at the Women’s Tennis Association Finals in Guadalajara.

“It is amazing,” Muguruza said when she was asked about the all-Spanish semi-finals. “I didn’t know all of this history. 1993, I was born that year.

“It’s amazing there are four players left and two of them are Spaniards. I mean, that just shows that Spain has a great level of tennis and a great school.”