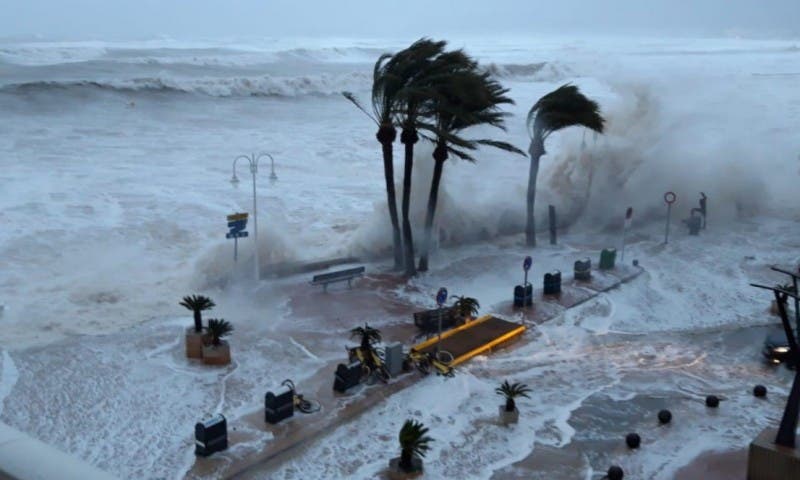 The maritime storm will see waves of up to three metres and Force Seven winds lash coastal areas over the next twenty-four hours.

Though today, Wednesday September 26, may start off with clear skies and mild temperatures, things are expected to change as of 2pm when the yellow warning will be activated until midnight for rough seas and strong winds.

The alert will also be activated in Granada and Almeria, as well as Malaga, when winds will be from the west at Force Seven strength and waves could be up to two or three metres high.

The scenario for tomorrow, Thursday, will remain very similar when the yellow warning will be in force from noon to 8pm, again for strong winds, and coastal phenomena along the Costa del Sol.

These adverse weather conditions will not, however, bring any much needed rain to the province.

In fact Malaga and the Costa del Sol will see out September with unusually warm temperatures ranging from 17ºC to 31ºC.