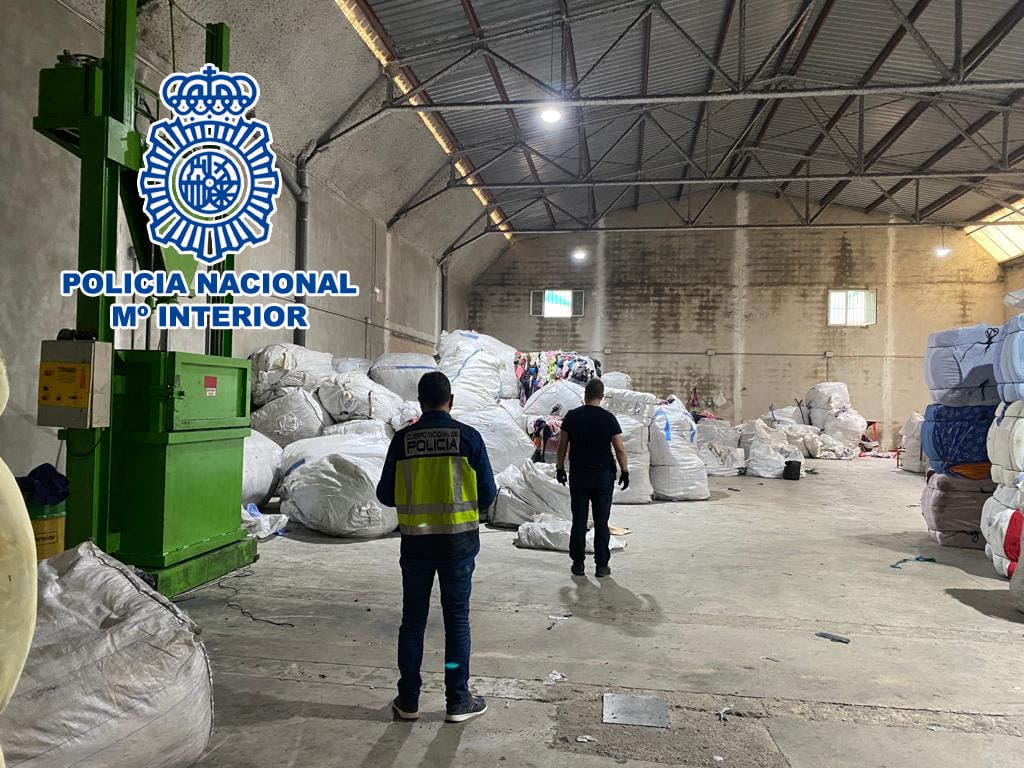 A textile factory owner has been arrested in Alicante Province for running a sweatshop that exploited employees.

The businessman, 44, was detained by the Policia Nacional in Cocentaina on a charge of breaching workers rights.

Police said his company was regarded as a ‘leading clothes recycling company’ in Spain.

Workers had to endure 12-hour daily shifts for six days a week to get a cash payment of €400.

The Moroccan national employed 15 of his fellow countrymen.

A number of them had no work contracts and four of the group lacked Spanish residency and work permits.

Workers had to endure 12-hour daily shifts for six days a week to get a cash payment of €400, roughly half the national minimum wage.

The Policia Nacional investigated the business owner for several months and monitored three of his warehouses.

They saw employees entering early in the morning who remained ‘locked up’ in the premises for the whole of their shift.

There was no ventilation and no COVID-19 safety protocols were put into place.

Some of the workers tried to run away when police raided the warehouses.

A few of the employees even hid in piles of clothing that was about to be recycled.

All of the exploited staff were released after a few hours once their status had been established and some of them have been charged with breaking immigration laws.