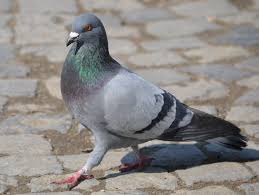 GIBRALTAR’S public health chief warned people not to touch dead or sick seabirds as scientists believe it is ‘very possible’ they suffered from bird flu.

The Rock’s Director of Public Health Dr Helen Carter fears that if a person with seasonal flu gets bird flu they could mutate to form a more deadly disease.

It follows the outbreak of avian influenza throughout northern Europe this spring and summer which closed down poultry farms.

The disease then spread to thousands of seabirds some which migrated south to the Iberian Peninsular for winter.

Birds that migrate to the Rock like gannets and razorbills are especially affected.

“Over the past week or so, a number of dead seabirds have appeared on our coastline,” the government said in a statement.

“While bird flu has not yet definitely been identified, it remains very possible that this was the cause.”

The Department of the Environment is advising the public not to touch these dead or dying seabirds until they can test them.

It asked the public to report them to the Environmental Protection and Research Unit (EPRU).

“I assess the health risk, at this time, to the public to be very low,” Director of Public Health, Helen Carter said.

“The risk is that someone who is infected with a human strain of seasonal flu could become infected at the same time with the avian flu strain.

“This mixing of viruses can cause a new flu strain to form that results in a more severe illness.”

Carter said this danger of creating a new more dangerous strain of flu is the main cause for concern at this time.