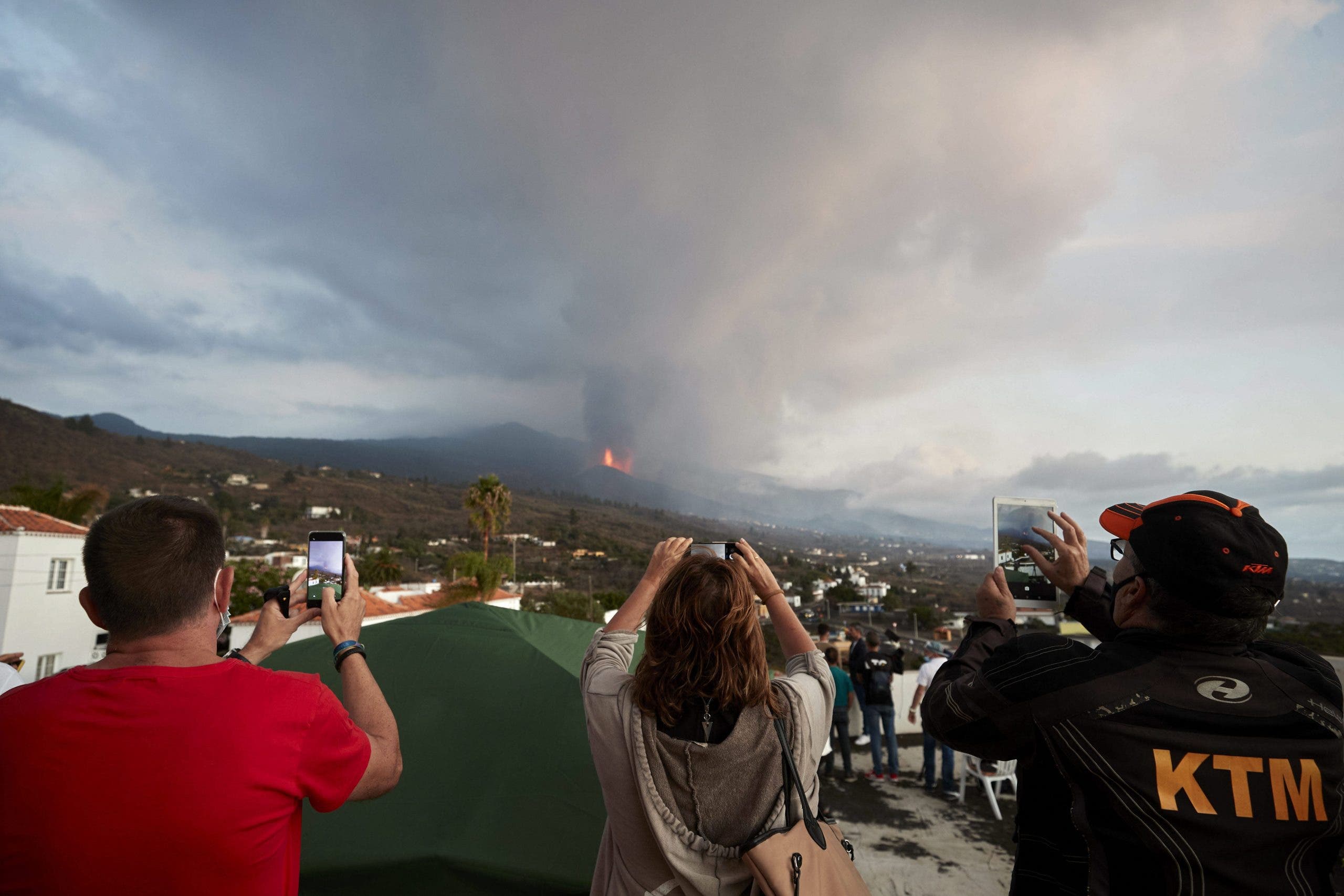 PLUMES of smoke can be seen for miles as smouldering lava explodes into the sky.

More than a month after La Palma’s Cumbre Vieja first erupted, the volcano shows no sign of relenting.

But despite the danger, destruction and mass evacuations, tourists on weekend getaways are flocking to see the volcano.

The erupting volcano of La Palma has become a tourist attraction, with over 10,000 tourists expected on the island this weekend.

Most of the tourists have arrived from the Canary Islands and believe their trip will help save La Palma from financial ruin in the wake of the disaster.

Over 90% of ferry tickets and place tickets to the island are sold out and almost all of the available hotels are full.

Tourists are flocking to a bridge in Mirador de Tajuya, the island’s most popular spot, which was surrounded by lava and huge clouds of ash.

Controls have been strengthened in the area and vehicles are not permitted.

The Spanish Tourism Minister Reyes Maroto previously came under fire for suggesting that the eruption was a potential tourist attraction.

“The island is open,” she said. “If your hotel is affected, we will find you another one,” adding that if security is reinforced, tourists will be able to continue enjoying the island.

“Make the most of this opportunity to enjoy what nature has brought us,” she said.

“Make the most of this opportunity to enjoy what nature has brought us,” she said last month.

Maroto’s remarks were slammed by local officials who warned of the danger posed by the eruption, and the comments sparked outrage among her political opponents.

The tourism spokesperson for Spain’s conservative People’s Party called out Maroto in a tweet, blasting her comments as ‘totally inappropriate.’

“There are people who are losing their homes!!!” he wrote.