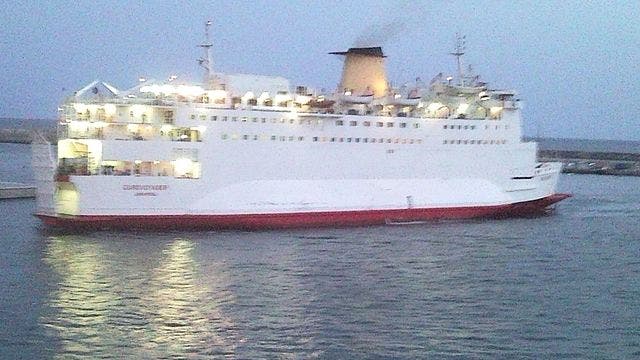 THE city of Almeria in Spain’s Andalucia welcomed the resumption of ferry services to Algeria on Saturday, November 13.

All services had been suspended 20 months ago, when the Spanish Government decreed the first state of alarm due to the coronavirus health crisis and Algeria closed its borders. The Trasmediterranea shipping company has now restored full services for passenger traffic and freight between the port of Almería and the ports of Oran and Ghazaouet.

Trasmediterranea is the largest shipping company in Spain with over 25 ferries. The company operates cargo ferries between the Spanish mainland, the Canary Islands, the Balearic Islands and North Africa.

The President of the Almería Port Authority (APA), Jesús Caicedo, expressed his satisfaction with the resumption of passenger trips between Almería and the Algerian ports and the return to normality, after twenty months in which the ferries with Algeria had only been able to transport merchandise in large driver-less containers.

“The reestablishment of passenger traffic with Algeria is great news for the port, for the port community and for Almería. In addition to the social importance of resuming the movement of travellers between the two shores of the Mediterranean, it will also allow the recovery of economic activity and employment ”, said Caicedo.