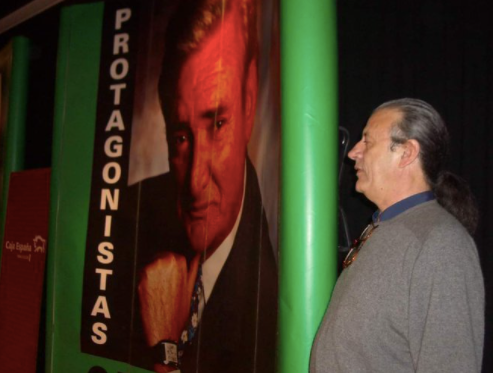 His family and friends announced his death on Monday, labelling him a ‘brilliant, fun and hardworking scriptwriter’ having contributed to many of the most famous episodes of radio and TV shows in Spain over the years.

Radio station Onda Cero also paid a tribute after hearing of his death.

Speaking on the air on Tuesday, presenter Alsina Antonio said: “Rua has died. He was the father of the best phrases, of each turn and every joke. Rest in peace, Antonio Rua.

“Antonio was the author of thousands of pages, thousands of reflections, verses, stories, and jokes that filled the Protagonistas.

“The radio show that we do today is indebted to your enormous talent.”

His cause of death has not yet been confirmed.

Rua was born in Cordoba in 1941 and studied philosophy there. He went on to specialise in advertising and worked as a scriptwriter and radio journalist.

He moved to Barcelona in the 1970s where he met Luis del Olmo and began writing scripts for the famed reporter.

The pair worked together for years, with Rua calling Luis del Olmo ‘his oldest collaborator, whom I understand perfectly. I know what he likes and what he does not like, and the phrases where he is comfortable and those that are not’.