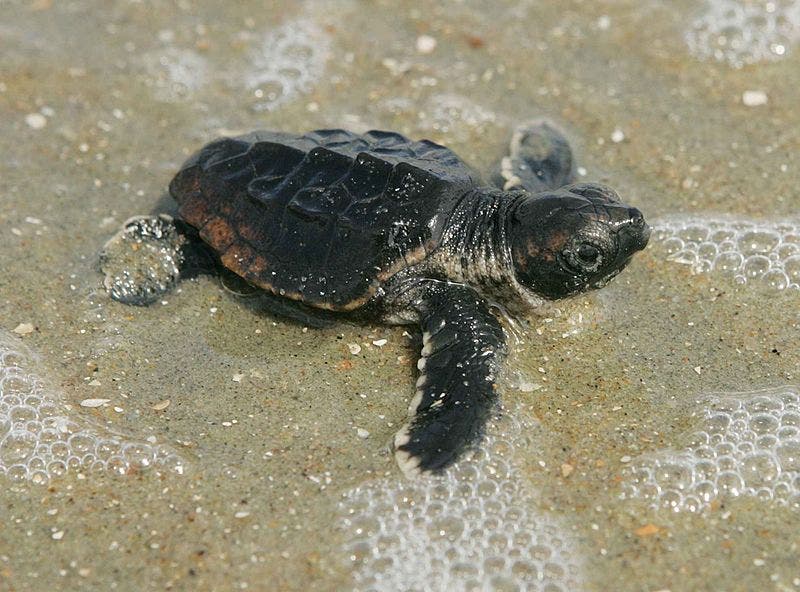 EIGHT loggerhead turtles have hatched on the beach of Granatilla in Mojacar (Almeria).

The nesting was detected on July 5 by a citizen who called the 112 emergency service, which activated the relevant protocol by the Territorial Delegation of Sustainable Development in Almeria.

The location of the nest was considered adequate for the survival of eggs during the incubation period and a 24/7 surveillance system, at the hands of volunteers from the Serbal Association, was put in motion with a special attention on the environmental conditions, specifically temperature.

The first of the hatchings took place in the early hours of August 20-21, while the remaining seven hatched the following night, with the rest of the eggs expected to hatch gradually over the course of this week.

The baby loggerhead sea turtles will now be taken to a species recovery centre to undergo a veterinary check-up and ensure the survival of the turtles during their first year, after which they will be taken to the same beach for reintroduction into the natural environment.

The loggerhead (caretta) turtle is a threatened species and considered critically endangered by the International Union for Conservation of Nature (IUCN).

The Caretta Project in Mojacar, initiated a few years ago, aims to raise awareness and ensure safe nests for these gentle sea turtles along Almeria’s coast.

The Project is a division of the Serbal Association and Almeria Biodiversity involved in the study and recovery work of the species.