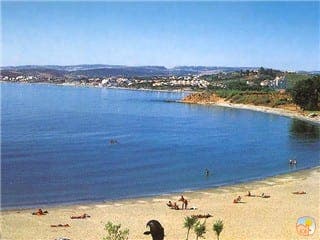 A SWIMMER has been rescued after being sucked into the sea by strong currents in Estepona.

The bather, a 57-year-old Romanian man, was caught off guard last Friday, August 6, when he got into dire straits as strong currents dragged him 200 metres off-shore.

The incident took place at around 5.30pm, when several eyewitnesses called the emergency services to say that there was a man drowning.

Policia Nacional were quickly displaced to the scene and after a quick evaluation of the situation, the police officers, with the help of an inflatable lilo requested from one of the bystanders, entered the sea in order to tow the man to shore.

The strong currents hampered the rescue operation and by the time the police had reached the area where the man was last spotted, the exhausted man had sunk below the surface.

After several dives, the rescue team managed to get the man afloat and start the arduous return to shore, needing the aid of a second team, some 50 metres from the beach front, to support the rescue.

Once on the shore, the 57-year-old Romanian man as well as the members of the rescue party were evaluated by the local health services, who found that all were in good health, apart from some signs of fatigue.

The man then thanked the officers for saving his life.

So-called rip current is a water flow that occurs perpendicularly to the sea shore and flows out into the sea, usually with more force than an average swimmer.