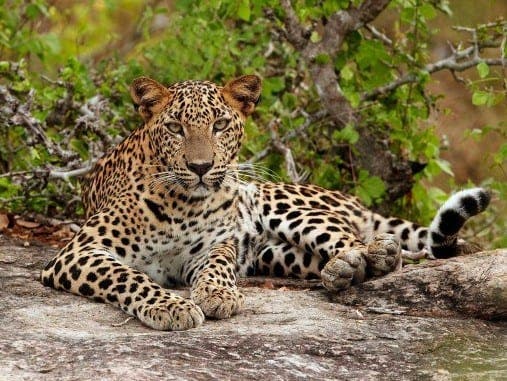 TOÑI, the female Sri Lankan leopard cared for at Bioparc Fuengirola since 2005 has died—for 17 years she was one of the zoo’s most loved felines.

The sad news was announced on Bioparc’s twitter account on Wednesday, July 27, where details and images of the large cat were shared.

“Today we regret to inform you of this sad news: Toñi, the female Sri Lankan leopard of #BioparcFuengirola has died. Born in the French zoo of Lisieux in 2003, she would have been 19 years old in September. She was one of the longest living females of the EEP of the @EAZAFund of this species ”

Coming from the French zoo of Lisieux, Toñi was born in September 2003, which means she would have been 19 years old in a few months. This age made her one of the longest-living females in the European Endangered Species Programme (EEP) for the Sri Lankan subspecies

This subspecies of leopard, which is in danger of extinction and is classified as vulnerable by the Red List of the International Union for Conservation of Nature, normally reaches 10 or 12 years of age in the wild, a life expectancy that is extended to 16 or 17 in zoos.

According to Biopark, Toñi had enjoyed ‘excellent health’ until just a few years ago when she was diagnosed with kidney failure, in addition to degenerative osteoarthritis.

As stated by Jesus Recuero, veterinarian and technical director of Bioparc Fuengirola: “It is very common for domestic and wild felines to develop kidney problems over the years. This is understandable in view of the high age they reach with good care in zoos. In the wild it is rare for a leopard to reach such an age and therefore these diseases do not have time to manifest themselves. When a predator like the leopard is not at one hundred percent, it cannot hunt and other competitors dispute its territory and win.”

Toñi had been a mother on four occasions, three of them with Tissa, the current male Sri Lankan leopard at Bioparc Fuengirola, where they had shared fourteen years of coexistence.

The rainforests, forests and arid shrublands of Sri Lanka is the native home to this feline and the only place where they live in the wild.

Unfortunately Poaching and the destruction of their natural habitat have caused these large cats to be categorised as endangered.

According to official records, it is estimated that there are fewer than 800 wild cats left on the island.

In order to halt this degradation, the EAZA Ex Situ Programme (EEP) was created with the aim at conserving healthy populations of animals in captivity.

The EEP programme currently has 66 leopards distributed among the 26 zoos that participate in this initiative, including Bioparc Fuengirola.