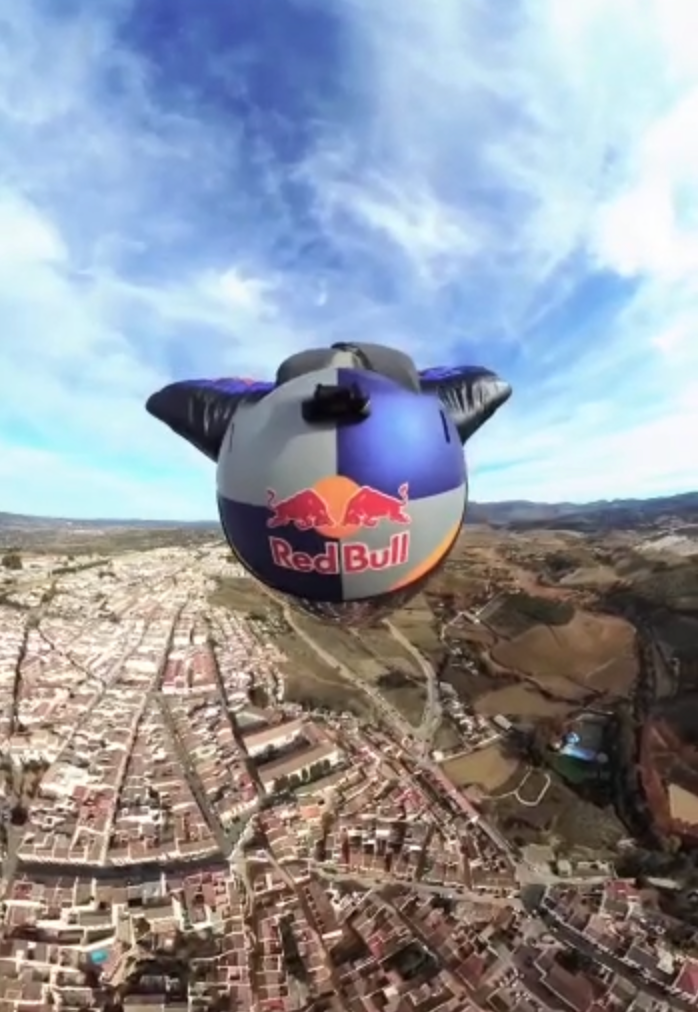 Andalucia’s very own ‘bird man’ pulled off an astonishing feat today as he flew under the famous arch bridge of Ronda at 300km per hour.

Daredevil Daniel Roman leapt out of a paramotor in the cool December sky in a wingsuit from several thousand metres up and prepared to take aim at the narrow gap under Puente Nuevo de Ronda in Malaga province.

Coming in at a third of the speed of sound, any miscalculation would have spelt a messy end to the elite jumper.

Crowds had gathered across the bridge to watch in amazement as Roman hit the bullseye, leaving a smoke trail behind him.

Having burst through the central arch and cleared the cliffs on Ronda, Roman pulled the cord on his parachute and the ‘bird man’ gently descended to land.

The Red Bull-sponsored feat had never been achieved before.

Roman had previously tuned up his flying skills by carrying out several practice runs over the Nueno de Ronda Bridge yesterday.

Among his other death-defying deeds, Roman has also jumped into a volcano in Chile with his paramotor – and managed to escape.

He will do one final exhibition jump over the Puente Nuevo on Saturday December 3 at 4pm for those who missed the incredible sight the first time round.