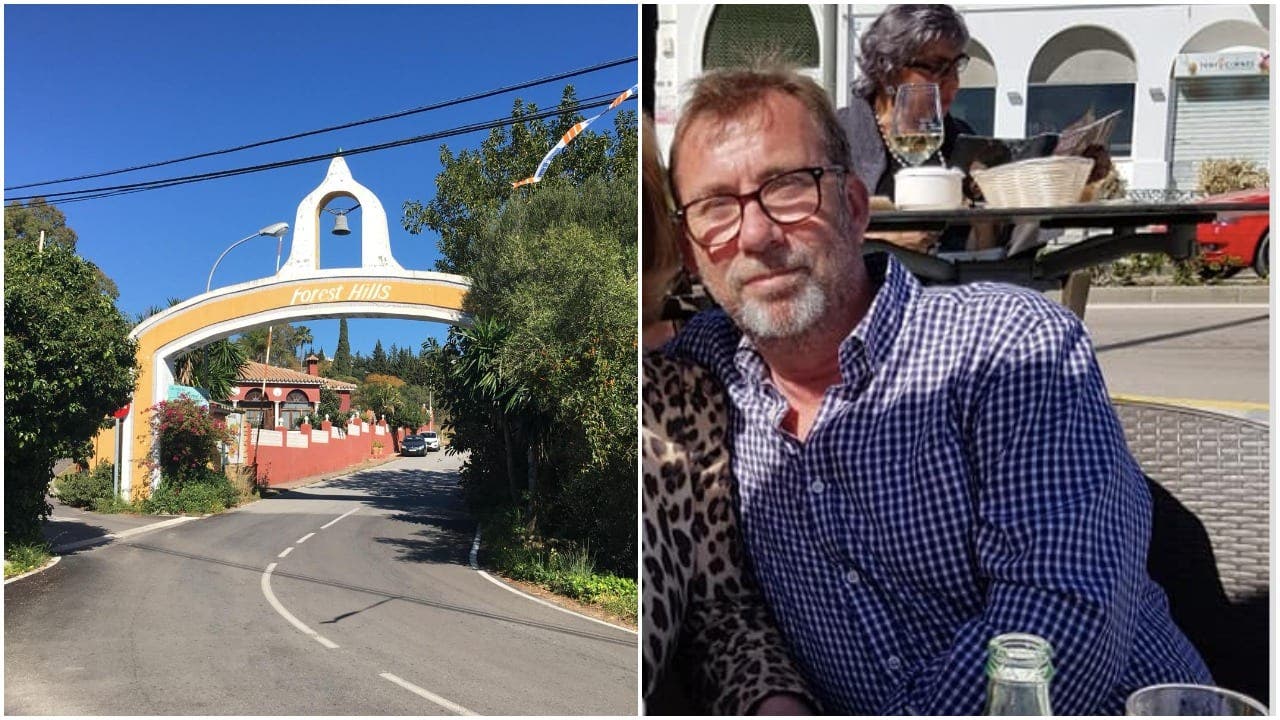 A BRITISH expat has been caged for 20 years after being convicted of having sex with his wife before killing her in a frenzied knife attack at their £450,000 Costa del Sol mansion.

Wealthy businessman Geoffrey Elton, 57,  claimed he suffered a mental disorder when he attempted to smother Gloria Tornay and then tried to strangle her before she broke free after the bedroom romp.

But a Spanish jury ruled Elton was sane when he chased Gloria, 58, through their Estepona villa with a 5.7 inch long kitchen knife, stabbing her 11 times on March 9 2019 and convicted him of murder.

The trial judge announced he was sentencing the expat from Worksop, Notts, to 20 years and one day behind bars.

Elton knifedSpanish-born Gloria in the back as she tried to flee their Estepona mansion and she died from massive blood loss.

Father-of-two Elton then shut off the power and told 15-year-old son to leave and threw away mobile phones to slow the emergency response.

Elton was found drenched in blood beside his wife of 30 years after trying to take his own life but was saved by medics and later charged with murder.

But the computerprogrammer claimed he had no recollection of forcing their teenage son Alonso out of their Estepona home before stabbing the 58-year-old between 11 and 16 times.

The 57-year-old told a court in Malaga he lashed out after being humiliated in front of neighbours by his headteacher wife of 33 years.

The episode took place following a ‘mutual’ decision to divorce and a day of packing cases, the court heard.

Elton moved to Estepona seven years ago after retiring from his successful satellite dish installation company.

Pals alleged Elton was ‘increasingly paranoid’ and reclusive, fearing his family were spying on him and that his wife was trying to leave the marriage.

Prosecutors tried to get the jury to accept that Elton had a rare mental disorder that led to him suffering delusions and fatally stabbing his wife.

But the Provincial Court in Malaga ruled that Elton will have to serve over 20 years in prison after the jury handed out a unanimous murder verdict saying: “Geoffrey Elton surprised his victim in their home which was a place where she felt comfortable and deliberately increased her suffering by stabbing her 17 times in a slow attack over the period of an hour.

“This jury has decided unanimously that he was totally conscious of what he was doing and hindered the arrival of the emergency services by throwing the three phones out of the family home, bolting the locks on the front door after closing it on his son when he went to get help, and shutting down the power so the house was in complete darkness.”

The nine jurors also ruled expat Elton, who confessed to killing his wife at the start of his trial at a court in Malaga on Monday, had drugged her with morphine and methadone before his savage attack.

They ruled that his alleged mental disorder was ‘made up or exaggerated’ and decided it had been proven his victim had demanded a divorce before the March 9 2019 murder and money could have fuelled the brutal attack.

Speaking outside the court in Malaga where the trial was held on behalf of the family, Gloria’s brother Nicolas Tornay said after the jury verdict but before today’s sentencing: “Nothing will bring my sister back but we feel some satisfaction in knowing justice has been done.”