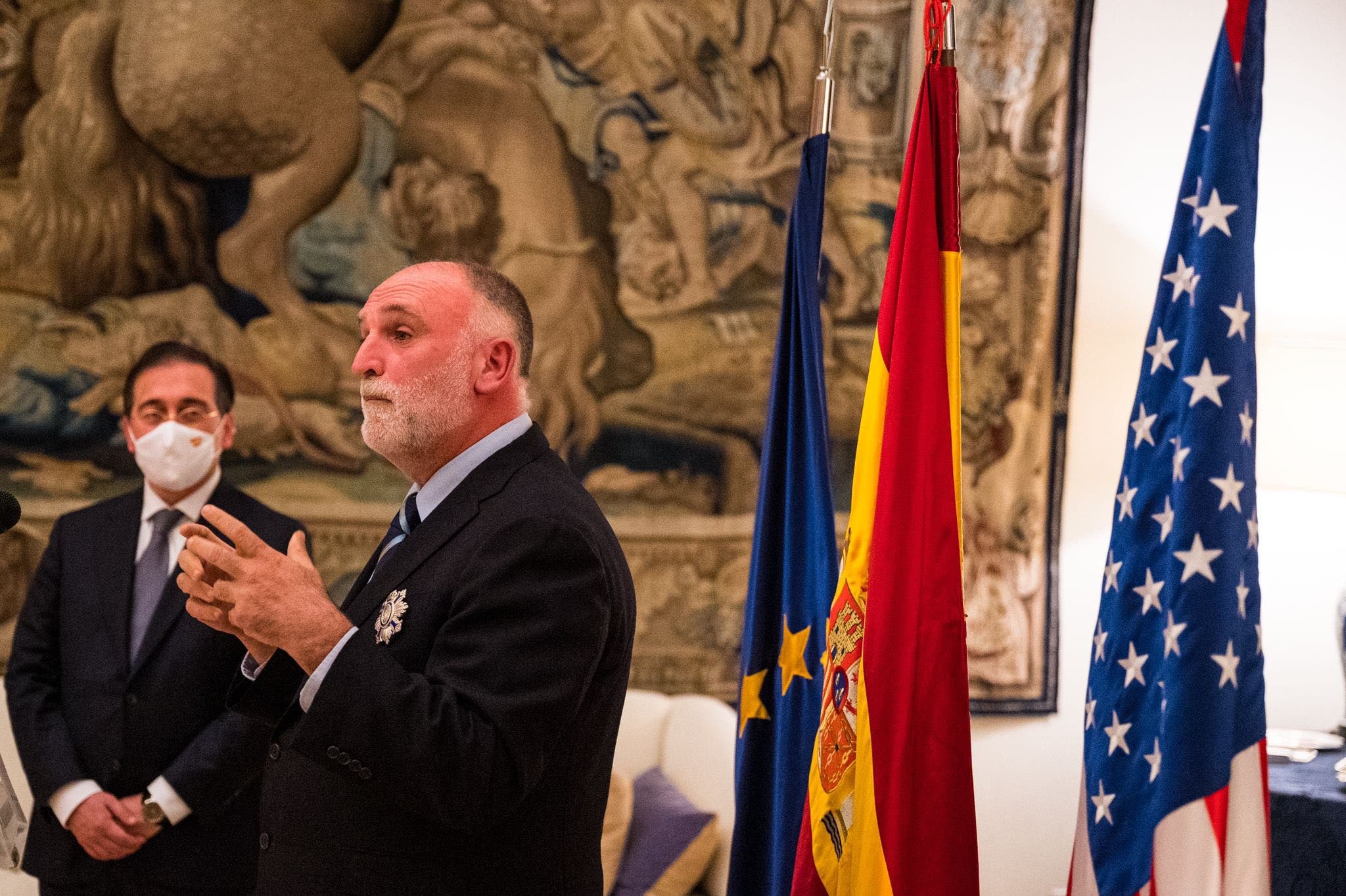 CELEBRITY chef Jose Andres who is famous for pioneering modern Spanish cuisine in the USA has been awarded Spain’s Order of Civil Merit for his charity work.

The award recognises extraordinary contributions by individuals and has been given to Andres ‘‘for his work in times of crisis’.

As well as running hugely successful Spanish restaurants across the States, the 52-year-old chef is the founder of World Central Kitchen,a nonprofit that provides meals to individuals and communities in crisis.

The NGO was founded in response to the crisis that befell Haiti when an earthquake hit in 2010.

Since then, World Central Kitchen has delivered millions of meals to people around the globe and most recently to those left homeless by the volcano on the Canary Island of La Palma.

The chef was awarded Spain’s top honour by Minister of Foreign Affairs, Jose Manuel Albares at the Spanish embassy in Washington on January 18.

“It has been a pleasure to award chef Jose Andres the Order for his work with World Central Kitchen in times of crisis, as recently in La Palma,” Albares said on his Twitter, citing the chef’s NGO which provides food assistance to people in vulnerable situations all around the world.

“You have not only contributed to bringing Spanish gastronomy to the world, but also food to those who have needed it most”, the minister emphasized.

It is by no means the first time Andres has been honoured in his home country for his humanitarian work.

Last year he scooped the prestigious Princess of Asturias Award of Concord for “offering extraordinarily fast and efficient on-the-ground response to social and nutritional emergencies.”

Andres is a friend of President Barack Obama, who awarded the chef a National Humanities Medal in 2015, and a fierce opponent of President Donald Trump who sued him and lost after Andres pulled out of a restaurant deal over Trump’s disparaging comments about Mexicans.

The Order of Civil Merit was created in 1926 by King Alfonso XIII to reward those who have provided exemplary service to the state or extraordinary public work.