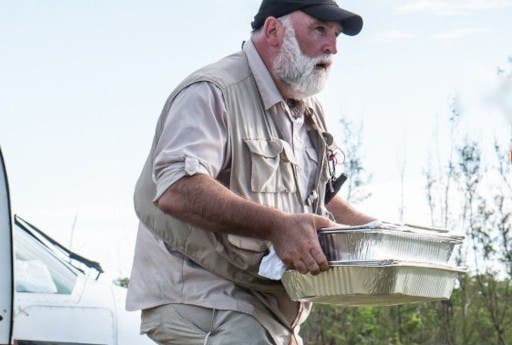 CELEBRATED chef Jose Andres who scooped Spain’s prestigious Princess of Asturias Award for his humanitarian work feeding those in the midst of crisis and natural disasters has pledged to donate his winnings to those affected by the volcano in La Palma.

The 51-year-old chef and his NGO, World Central Kitchen won the Award of Concord for “offering extraordinarily fast and efficient on-the-ground response to social and nutritional emergencies.”

Andres, who was born in Asturias in northern Spain in 1969, has announced he will donate his share of the €50,000 prize, which King Felipe VI will deliver on Friday, to those affected by the eruption of the Cumbre Vieja volcano.

The celebrity chef and his wife have also pledged to double the amount, donating their own money towards the disaster.

The Cumbre Vieja volcano on the island of La Palma erupted on September 19, taking with it thousands of homes and businesses and devastating all the land in the area.

It has forced more than 7,000 people from their homes across the island as well as devastating 600 hectares of land, including avocado and banana plantations.

Andres is no stranger to natural disasters, rushing to the aid of people in the aftermath of Hurricane Maria, when the team supplied 3.6 million meals to the people of Puerto Rico and last year he dedicated restaurants to feeding those struggling in the coronavirus crisis.

Andres is a friend of President Barack Obama, who awarded the chef a National Humanities Medal in 2015, and a fierce opponent of President Donald Trump who sued him and lost after Andres pulled out of a restaurant deal over Trump’s disparaging comments about Mexicans.

The Princess of Asturias Awards are the most prestigious in Spain and the Concord Award comes with prize money of 50,000-euro ($56,700).

The Award ceremony is usually held in Oviedo in October when Crown Princess Leonor presents the prizes.