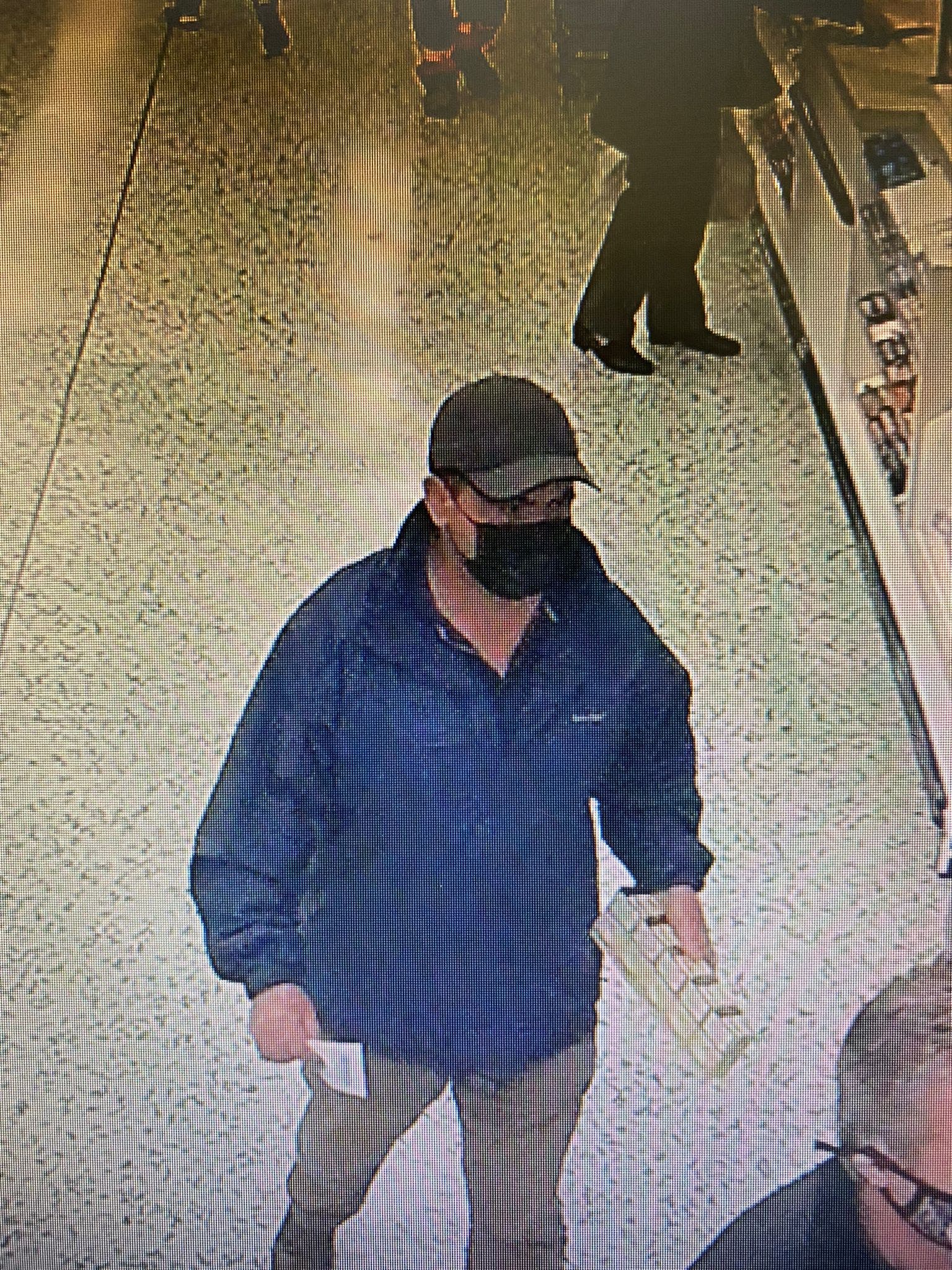 POLICE in Gibraltar have released a CCTV image of a man wanted over the theft of a purse from a woman as she loaded her shopping into a car outside Morrisons.

The appeal shows a grainy image of a middle aged man wearing a baseball cap while he strolls through the supermarket and asks: ‘Do you recognise this man?’

The theft took place on Thursday, December 9, at around 11.30am when the woman placed her handbag on the passenger seat and left the door open, while she put her shopping in the boot.

Later, she realised that her purse was no longer in the car.

Her bank confirmed that a transaction had been made at Morrisons shortly afterwards, and that two cash withdrawal attempts had been denied at ATMs prior to this.

Those with information can contact the RGP Control Room on 200 72500 or report online at www.police.gi/report-online