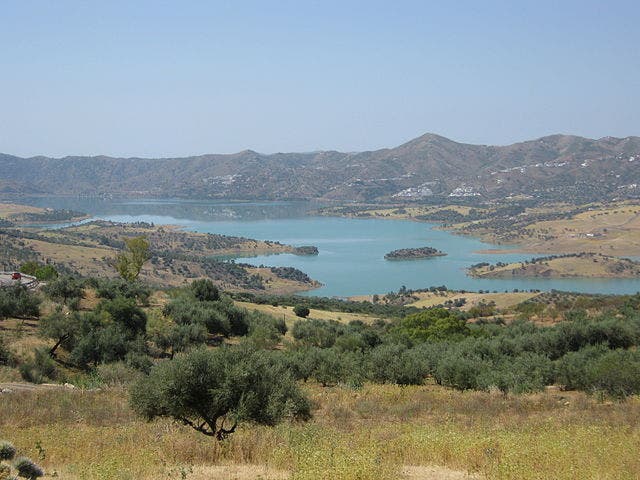 THE Viñuela reservoir in Axarquia is at 9.2% of its capacity, a figure it has only reached once before, in 2008.

The lack of rainfall means that the drought situation in Malaga’s reservoirs worsens by the day.

Malaga’s reservoirs are currently at a third of their capacity and La Viñuela has equalled the lowest ever level previously recorded, which was 14 years ago on October 31, 2008.

Up until recently it was also used to irrigate some 6,300 hectares of subtropical crops and greenhouses, however, since October 1 irrigation measures were introduced and farmers have to use reclaimed water and wells to irrigate their farms.

The year 2021/2022 has gone down in the books as the fifth driest hydrological year since records began at provincial level in 1961.

Though rain is forecast for the coming days, water transfers from Malaga city and from the Chíllar river in Nerja to the area continue and more solutions are needed, especially given that, due to the current situation, supply for the population reliant on La Viñuela can only be guaranteed until September 2023.