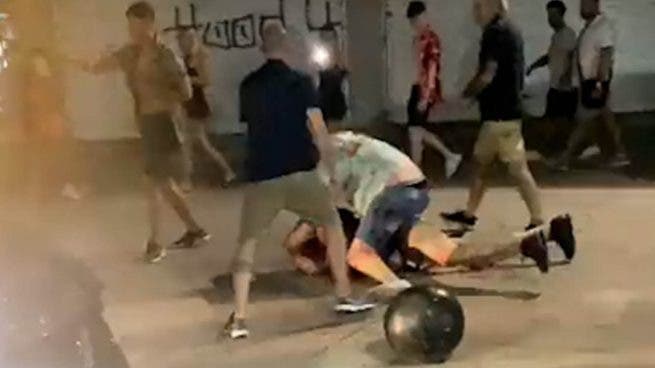 A 21-year-old British tourist has been arrested over a brutal beating of a Magaluf taxi driver at around 2.00 am on Tuesday.

The driver, 57, told the tourists off but the trio then launched a barrage of kicks and punches against him.

The cabby of large stature, who used to be a nightclub bouncer, fell unconscious to the ground.

He was taken to Son Espases Hospital with a facial injury.

The assailants with blooded hands and clothes ran away with several passers-by taking photos of the unwarranted attack on their phones.

Calvia Policia Local and the Guardia Civil started looking for the violent holidaymakers and hours later tracked down and arrested a 21-year-old British national.

Efforts are continuing to be made to locate his compatriots.

Local taxi drivers suspended services in protest at what happened and to show solidarity for their injured colleague.