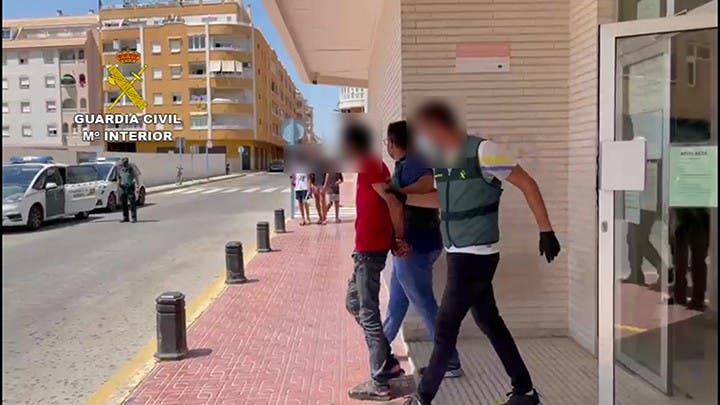 A Torrevieja man is in jail over attempted murder after popping into a police station to report a cut finger caused by an assault.

The 36-year-old detainee slashed a friend’s neck with a retractable blade in an outdoor argument over money on July 16.

The victim hailed down a passing motorist who called an ambulance that took him to Torrevieja Hospital.

The Guardia Civil found part of the blade in the street but attempts to track down the assailant proved to be difficult.

Inquiries took a positive turn days later with reports that a man had gone to the police to complain about a finger injury inflicted on him during an assault.

He forgot to mention that he stabbed someone in the neck.

The Guardia obtained his address and arrested him.

The assailant was denied bail at a court appearance and was charged with attempted murder in addition to causing serious bodily harm and fleeing the scene of a crime.