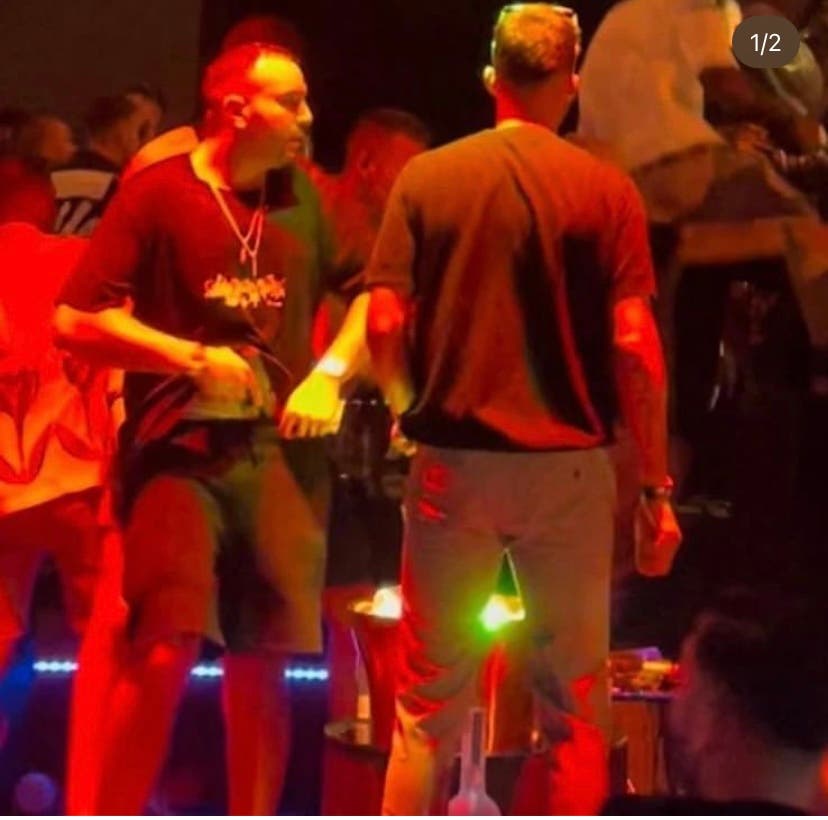 A shocking photo has emerged of a man allegedly taking out a gun in a Marbella club.

The picture, published on Instagram site Marbella Se Queja, appears to show the moment the mafia member pulls out a revolver during a fight that left five in hospital.

Policia Nacional have confirmed the gunman is a 40-year-old Dutchman who was in the VIP section of the club.

During the shocking gang battle on Monday morning, at Opium, four people were seriously injured from the bullets from a gun.

A source told the Olive Press that security were not checking bags properly at the entrance of the club.

“It was really lapse and nobody was being properly searched,” said the tourist, 22, from London.

The 40-year-old shooter originally from Holland  is currently in the custody of the National Police at Costa del Sol Hospital.

He has stab wounds in the neck, back and eye – but according to a hospital spokesman, he is not severely injured.

The Olive Press is trying to confirm if the person pictured was responsible for the massive shooting that took place.