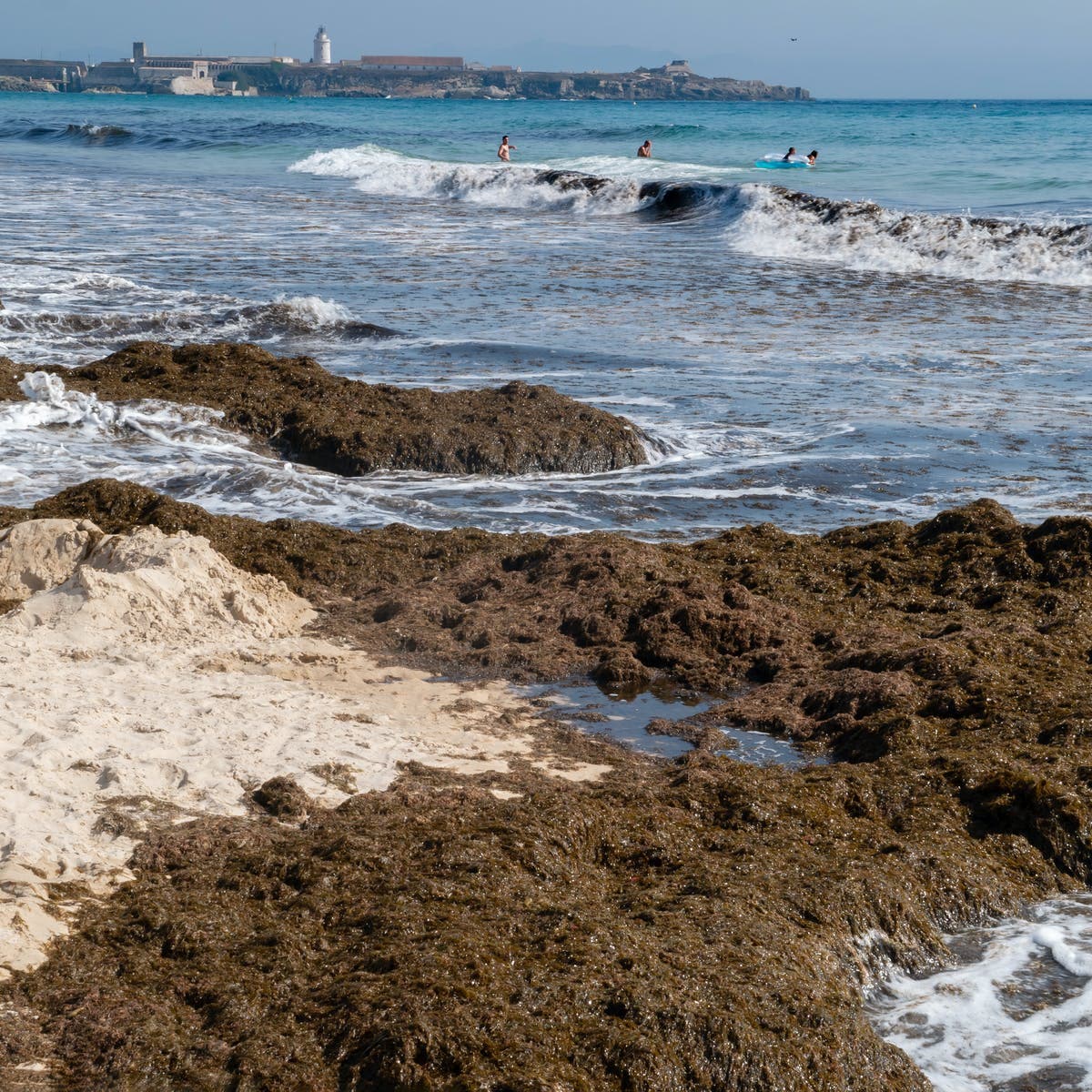 SCIENTISTS have warned over the damaging environmental effects of a thick brown algae which is invading Spanish beaches.

Known as rugulopterix okamurae, it arrived on beaches near Malaga, Granada, Cadiz and Tarifa in southern Spain, threatening the tourism industry, the natural marine habitat and the local fishing industry.

With the same texture as seaweed, it does not cause health problems but the tonnes of the algae piled on the beaches is an unwelcome sight for any tourists.

Francisco Ruiz Giraldez, who is  mayor of Tarifa in southern Andalusia and also a biologist, said last year, officials cleared 5,000 tonnes of the algae from the beaches of the town alone.

“It is aggressively taking over the entire sea floor of the Straits of Gibraltar because the algae takes up 50 per cent of the space between five and 25 metres in depth,” he said.

“It’s like Groundhog Day. You take the (algae) away one day and the next day it’s back again.”

Similar clean up operations have been mounted along the Costa del Sol and other parts of southern Spain.

On the other side of the Mediterranean, the same brown sludge has appeared into northern Morocco and the Spanish North African enclaves of Ceuta and Melilla.

Scientists said this algae naturally exists in the Pacific Ocean but it has been transported in the sluice water of tankers which travelled through the Mediterranean.

Felix Lopez, a professor of ecology at the University of Malaga, said similar algae invasions in Mexico and China were greater but they did not spread as fast as in one taking place in the Mediterranean.

He said that it was damaging the marine biodiversity of the coasts.