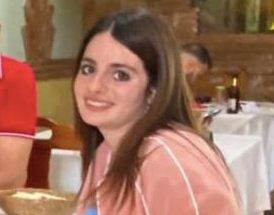 POLICE in Spain are appealing for information to help trace a teenager reported missing from Malaga.

Carmen Roja, 19, was last seen in Alozaina on Wednesday, August 24 .

There is a concern for her welfare and worried relatives are pleading with the public to get in touch to help bring their daughter home.

She is described as being 1.53 metres tall, of slender build, with brown hair and dark grey eyes.

Father arrested in Lisbon after fleeing with kids to Tenerife