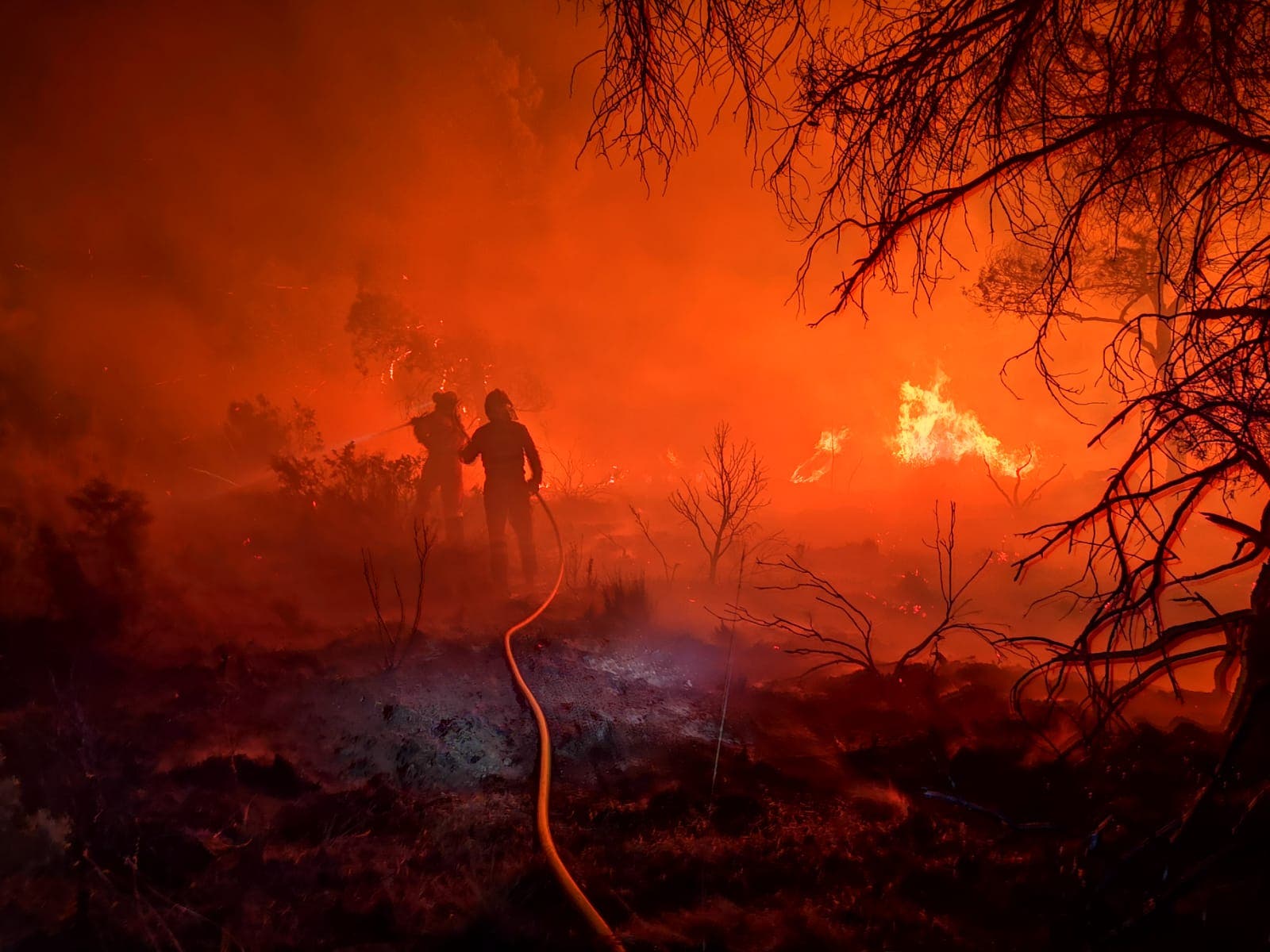 FAVOURABLE weather conditions looked to have all but extinguished a huge fire to the west of Valencia.

The forest fire, which started on July 3 in the Venta del Moro district of Valencia, looks to have been contained, thanks to rainfall and round-the-clock work by emergency services.

Four units of forest firefighters from the Generalitat, are continuing to serveil the perminters, and further teams remain on high alert.

Bravo said in a press conference held at the Advanced Command Post: “The fire is no longer spreading, after storms hit the area until 6:30pm.”

Thankfully it appears the fire has not impacted any of the Hoces del Cabriel natural park.

The area affected comprises 1,300 hectares of forest and farmland.

“We have to be very cautious and continue working on reconnaissance of the terrain and surveillance of hot spots,” Bravo said.