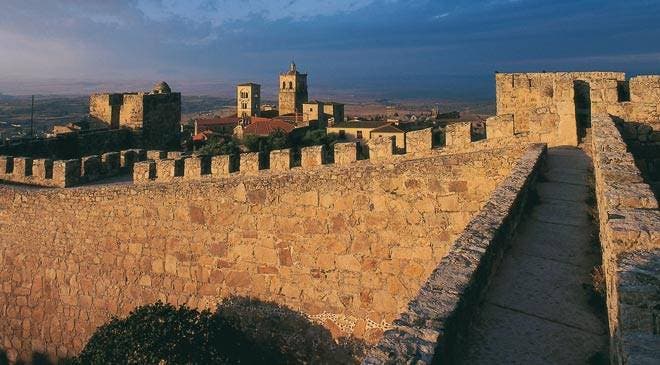 It’s official – House of the Dragon is the first of potentially several, Game of Thrones spin-off series. Cast and crew members are filming the first season as we speak.

Aside from House of the Dragon, Game of Thrones’ popularity is evident in its other spin-offs. There have been several games based on the show, such as GOT: Winter is Coming on Steam. There is also a slot game, Game of Thrones 243 Ways, found on casinos like LeoVegas, which offer no wager free spins.

They have already been spotted filming on Holywell Beach in Cornwall, England. However, it’s time to explore other locations in which the spin-off series will be filming in.

According to Los Siete Reinos, via the Spanish newspaper of Hoy, the show will film in the city of Cáceres and at the fortress of Trujillo, both locations in Spain. Cáceres was the location for King’s Landing in the scene in which Euron paraded Yara and the Sand Snakes in season 7. It was also the location for Oldtown when Gilly and Sam departed from the city. Trujillo was the location as King’s Landing in the season 7 finale when Jaime and Broon look over the walls at the gathered Unsullied. We don’t know yet if Cáceres and Trujillo will once again be in King’s Landing and Oldtown. However, there’s a big chance that they will.

House of the Dragon will be set around 170 years before the events of Game of Thrones, and a lot of the locations that we have grown to love in the series will make their comeback in this spin-off.

There’s no doubt about it – there will be new locations. House of the Dragon is also set to shoot in Portugal, which Game of Thrones never did. It will also be doing a lot of sound stages, with its main base being at Warner Bros. Studios at Leavesden in the U.K. It has been reported that Warner Bros. has recently built three new sound stages and a virtual stage that is to be used on The Mandalorian. House of the Dragon will be the first show that will take advantage of these new and improved facilities.

‘A production with the ambition and scale of ‘House of the Dragon’ really requires a studio that can provide cutting-edge facilities,’ claims HBO exec Janet Graham Borba. ‘The new virtual stage adds to the highly supportive home hub for the show at Leavesden and lets us take full advantage of the latest developments in technology.’

We’ll get to know more about the locations of House of the Dragon! The spin-off series is set to debut on HBO in 2022.