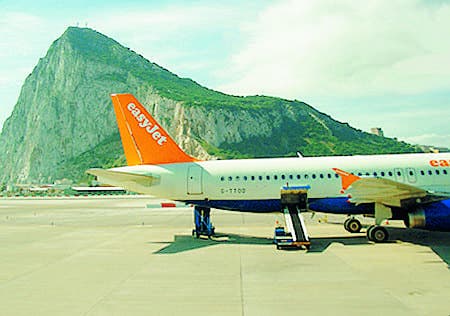 THE Gibraltar Government has said it is ‘unacceptable’ that the Ministry of Defence has closed down Gibraltar Airport on Thursday afternoon, forcing flights to be diverted from the Rock.

As a result, an Easyjet flight to the Rock from Gatwick was diverted to Malaga as a result of ‘continued labour issues’, according to a government statement.

The civilian government said it ‘regrets’ that the UK’s National Air Traffic Services (NATS) and the MoD ‘continue to fail to resolve their labour relations issue, a failure which will be of inconvenience to hundreds of passengers’.

The statement said these issues ‘will have an adverse impact on Gibraltar’s reputation’.

In a later press statement, the government revealed the closure was caused by ‘a staff illness’.

NATS is a UK company that handled over 2.5 million flights that transported 250 million people in UK, Europe, the Middle East, North America and Asia before the pandemic.

It is contracted by the Ministry of Defence to handle flight control at Gibraltar Airport.

Gibraltar’s government has a deal with the MoD to provide air traffic control services in return for shared use of the airport for military activity.

Flights are normally diverted to Malaga when the winds are too strong to land on the local airfield at the northern end of the Rock.