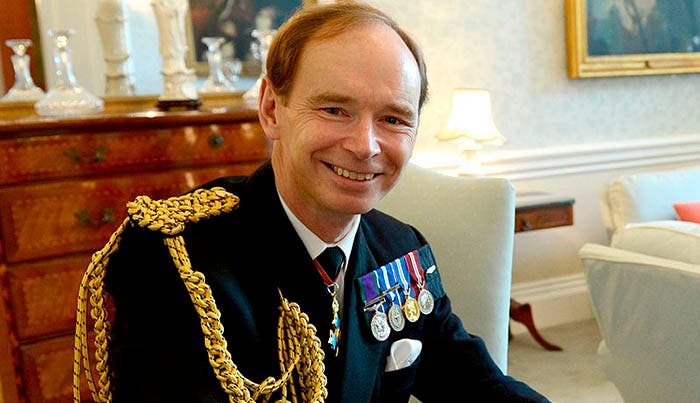 CHRISTMAS is a time to ‘support those that are less fortunate than ourselves’, Governor of Gibraltar Sir David Steel said in his Christmas message.

The King’s representative on the Rock said he was already enjoying ‘celebrating this festive time in a more traditional and buoyant way,’ unlike the last two years during the pandemic.

“Personally, and I hope not too selfishly, I am especially grateful that I am seeing a Gibraltar that I have not seen since I arrived here over two and a half year ago,” he said in his Christmas message.

Steel arrived in Gibraltar to take on the post of governor mid-pandemic in June 2020.

He dwelled on the necessity to ‘remain optimistic and grateful for the lives we in Gibraltar are lucky enough to enjoy’ throughout his message.

Steel, a Vice Admiral from his time in the Royal Navy, recalled the Rock visit of Prince Edward in June, the death of the Queen and crowning of King Charles III.

He also recalled the important events of the year, namely the tunnel fire that cut off the water supply and the beaching of the OS 35 bulk carrier off Catalan Bay.

The governor complemented the scouts and girl guides associations to which he gave the Award for Merit ‘for inspiring our youth’.

And he praised ‘the talent of our young people’ during GAMPA’s ‘We Will Rock You’ production he attended.

Finally he gave his ‘thanks and admiration’ to the government’s push for a ‘lasting’ EU treaty.