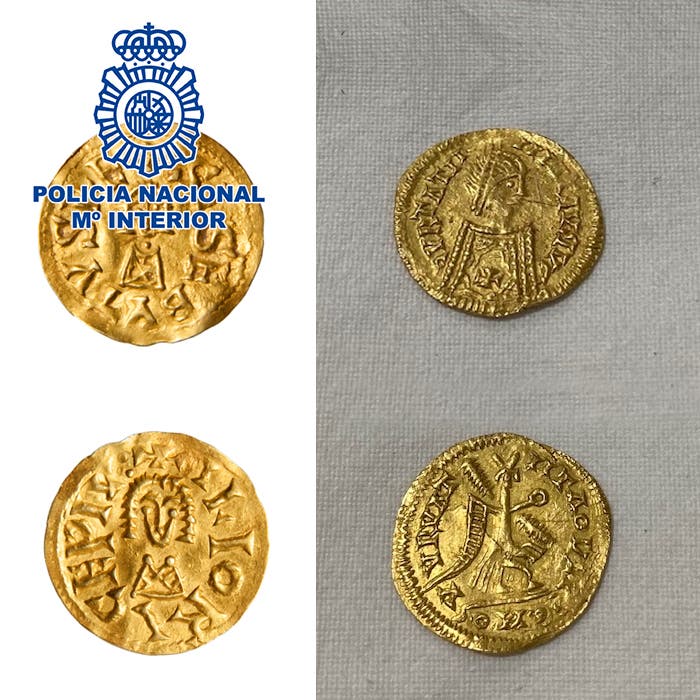 A gold coin struck in the Murcia region 1,400 years ago has been found during home improvement work at a Leon property.

An even older coin was intercepted by the Policia Nacional in the Ciudad Real area after it was advertised for sale on a social media site.

Both coins come from the Visigoth era which was a time of French-based rule sandwiched between the fall of the Roman Empire and the arrival of the Moors.

The Policia heard about the Leon coin find and asked the the home owner to hand it over as part of their duties to protect historical heritage.

Numismatists confirmed it was struck during the reign of Visigoth king Sisebuto between 612 and 621 AD.

It’s only the third-such Visigothic coin to be discovered and had an engraving that suggested it was minted in what would these days be Lorca in the Murcia region.

It has now gone on display at Leon’s Provincial Museum.

The second coin, also from the Visigoth era, was probably struck between 491 and 518 AD.

Police travelled to Saceruela in Ciudad Real to seize it from its owner who they tracked on social media.