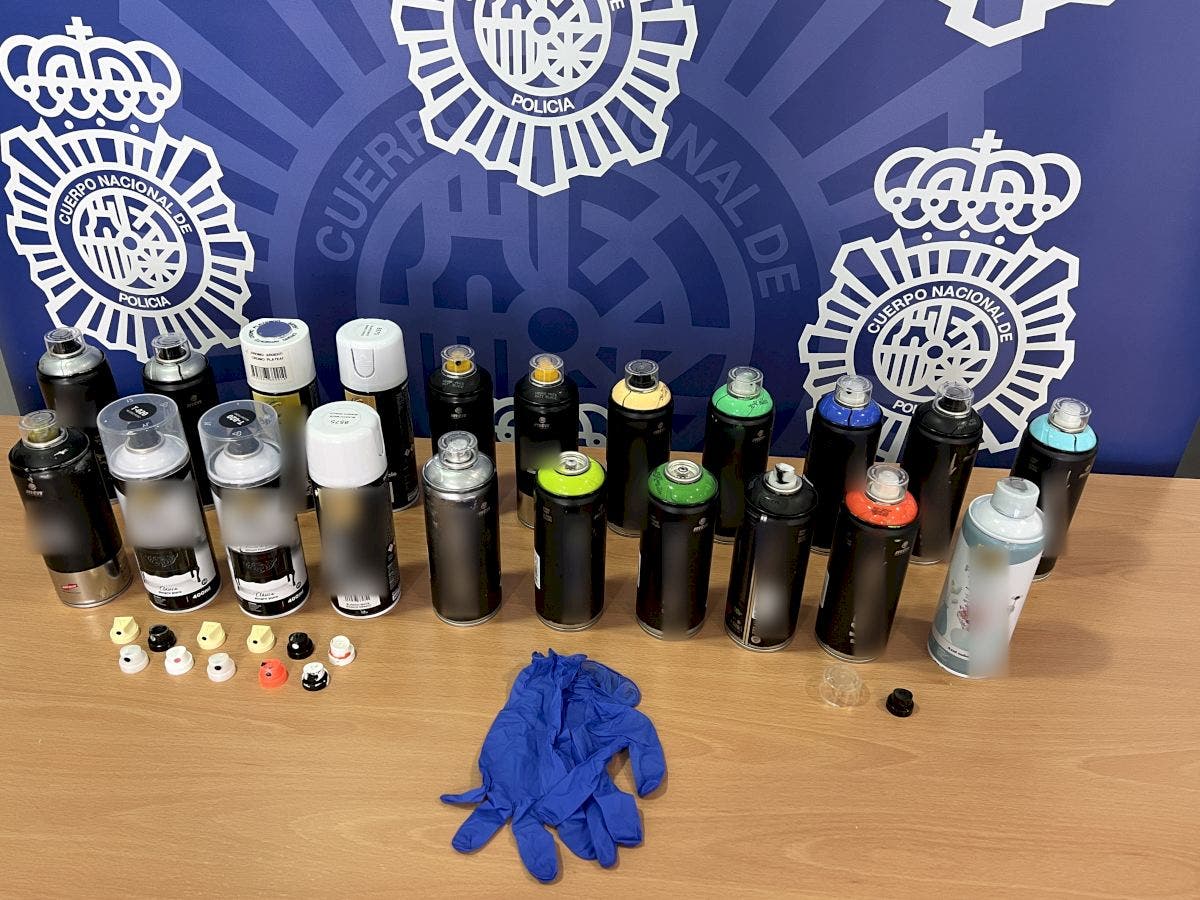 TWO graffiti artists- described by police as ‘well-known’- have been arrested in Alicante for using train carriages as canvasses.

The two men, aged 25 and 29, illegally entered a RENFE train depot in the city several times and did €7,000 of damage to the carriages

The Policia Nacional recognised the graffiti as being the duo’s handiwork after they previously daubed carriages earlier in the year.

The men have been charged with causing damage.

An array of spray paint cans used in the vandalism was seized from their homes.