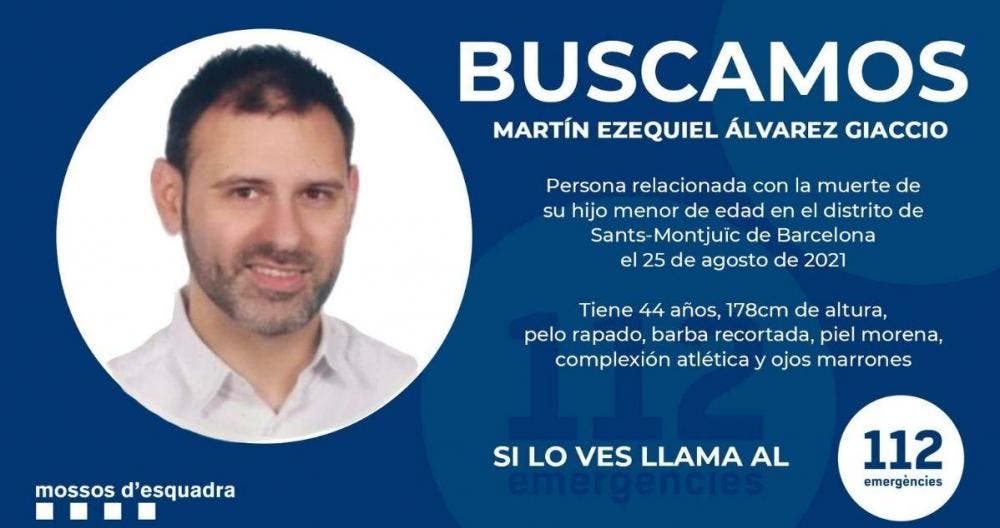 POLICE in Spain have released an image of the man accused of killing his two-year-old son in a Barcelona hotel room on Tuesday evening.

The Catalan force, Mossos d’Esquadra released the name and an image of the suspect and asked for the public’s help in finding him.

Martin Ezequiel Alvarez Giacco has been on the run since 10.30pm Tuesday evening after his son’s lifeless body was discovered in a room at the Concordia Hotel in the Sants-Montjuic district of Barcelona.

He is described as ‘1.78m tall, athletic, olive-skinned, with a shaved head, trimmed beard, and brown eyes’. He was last seen dressed in jeans and a grey t-shirt and wearing red New Balance trainers.

Reports said that he had been in the middle of an acrimonious separation with the child’s mother and police believe he harmed the child to get back at her.

He reportedly sent her messages saying that she “would regret it”.

The police urge anyone who may have information on the suspect to call the 112 immediately.