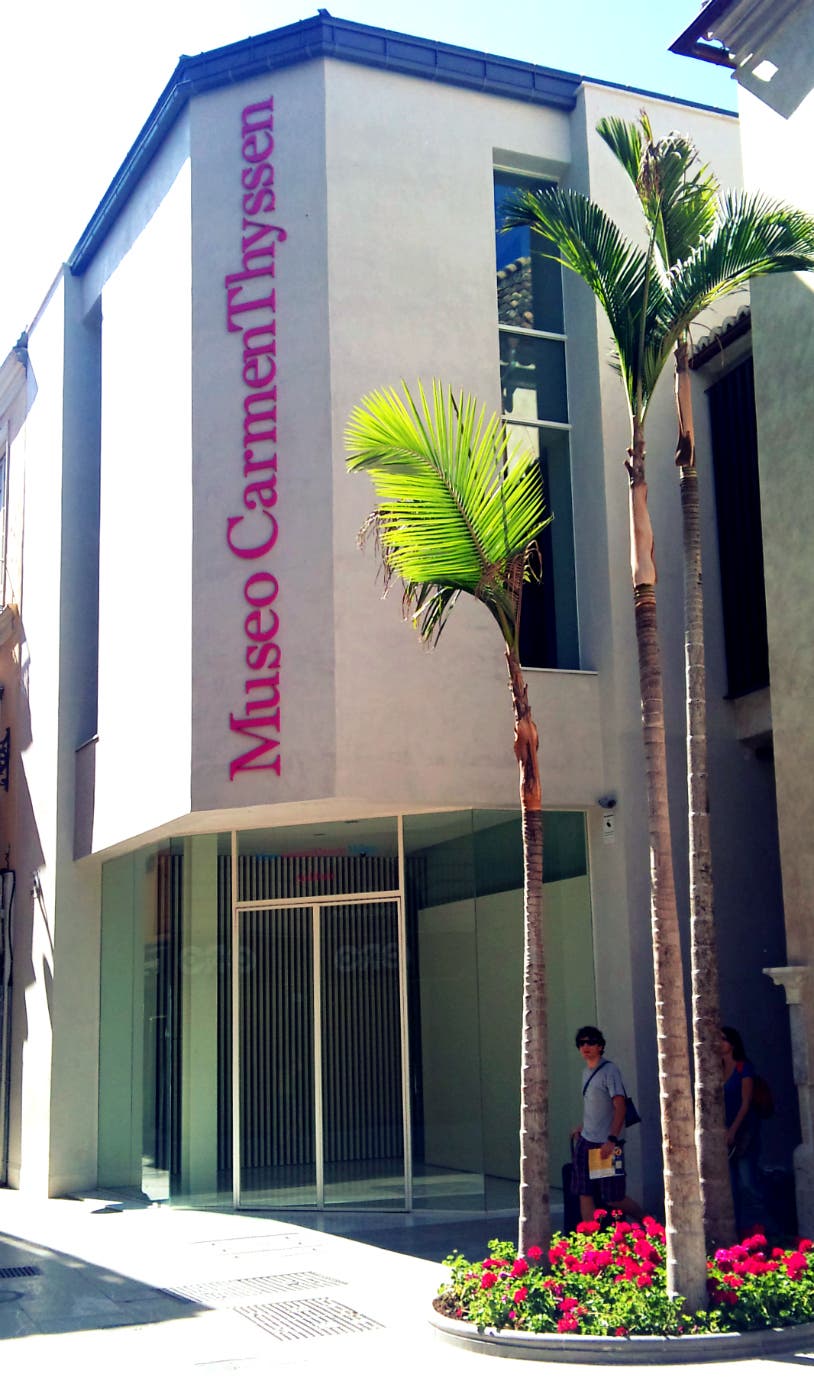 ONE of the works belonging to Thyssen Museum’s permanent collection has been the inspiration of a new mural art which now decorates a façade in the historical centre of Malaga city.

Elisa Capdevila, a painter and muralist from Barcelona, has brought to life the iconic oil painting ‘Recién casados’ (Newlyweds) (1905), by Ricardo López Cabrera, on the exterior wall of a building in the old city of Malaga.

Before deciding on this work, the muralist studied the entire permanent collection of the Thyssen Museum, but on seeing this particular oil painting by Lopez Cabrera, a work that Capdevila considers ‘playful,’ because it represents a ‘festive scene, with people celebrating a recent wedding’ the young painter from Barcelona realised she could replicate it with a twist.

“I decided to recreate the painting, but with a time jump, so reproducing the image of the same people, who twenty-five years later are still celebrating love and good times with their loved ones”, Capdevila said, who has aptly named her work ‘Silver Wedding.’

The huge mural art, which adds colour and culture to the city centre, only took the muralist eight days to complete.