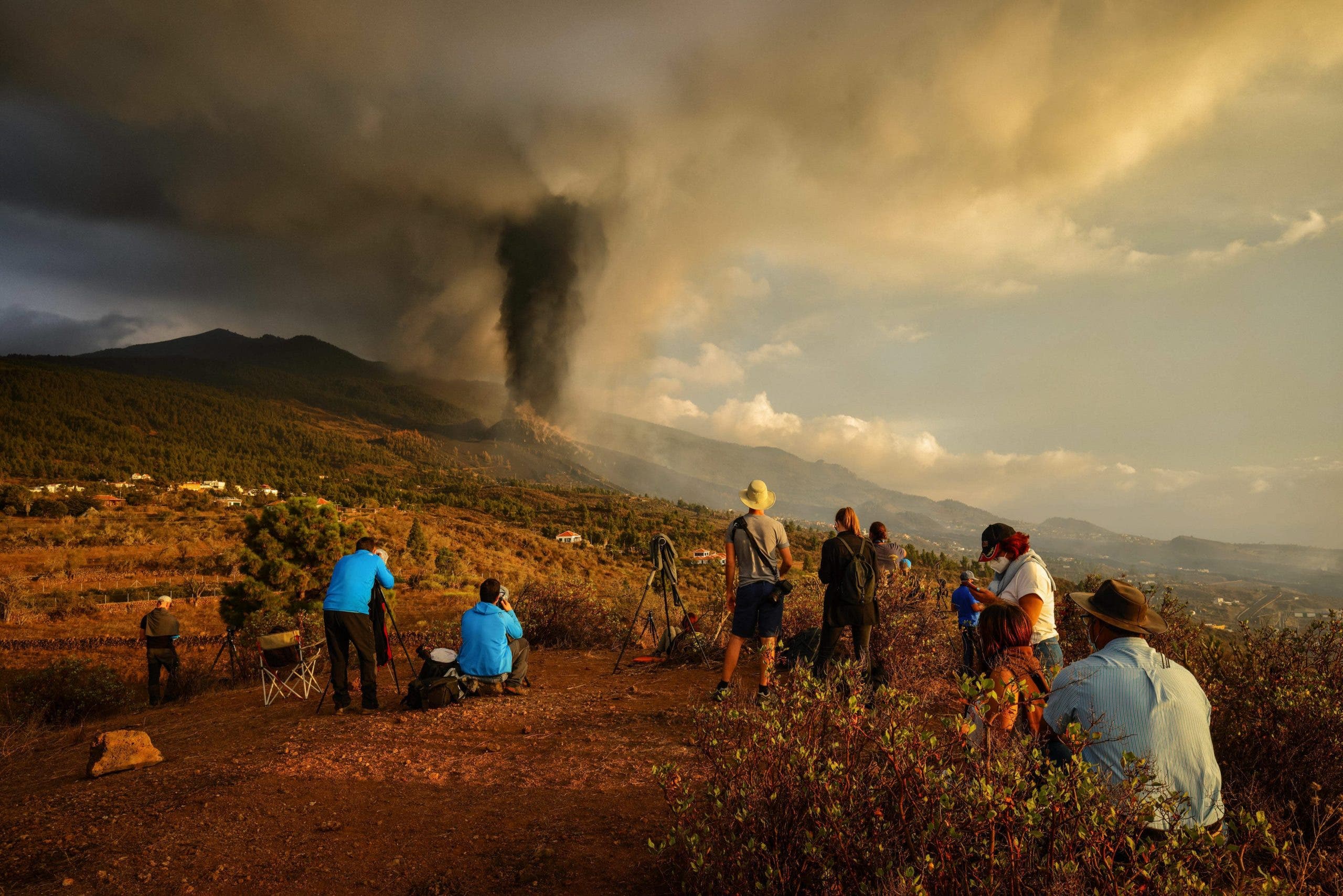 A TOUR company on Tenerife offering day trips to see the volcanic eruption on neighbouring Canary Island La Palma has pledged to donate profits to those who have lost their homes.

The eruption which started on Sunday September 19 has led to a surge in volcano tourism from people keen to watch the spectacular sight of lava being spewed high into the air.

But with airport closed on the island of La Palma itself, the only option is to travel by boat from one of the neighbouring islands.

GetHoliday started offering trips this week on the Fred Olsen ferry leaving the Tenerife port of Los Cristianos at 10am and returning the same day.

The tours, which take place each Tuesday and Thursday for as long as the eruption continues, includes a hike around the Caldera de Taburiente, a national park on La Palma that is outside of the danger zone and that offers incredible views of the eruption area.

“It is a display of nature’s brute force that I wanted to see once in my life, even from afar,” said one recent tourist who travelled from Alicante to Tenerife just to take the tour. “I know it is a disaster for the island, but as a phenomenon of nature it is spectacular,” she said.

Tour guide and head of the GetHoliday company Basso Lanzone said all the profits from the tours – which cost €99 per person – would be donated to help victims of the volcano.

Posted by Get Holiday Tenerife on Wednesday, 6 October 2021

Lava from the volcano has so far covered close to 500 hectares of the island, devastating banana, grape and avocado crops and destroying more than 1,000 houses.